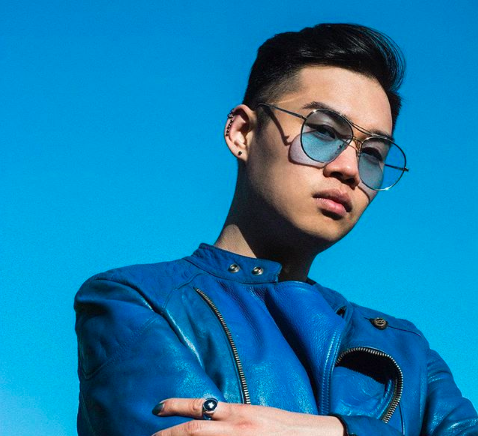 After appearing last year on “Show Me The Money,” Korea’s version of “The Voice,” Bang is about to debut his first solo EP next month, which he says will have an R&B flare to it.

The singer grew up in a conservative Christian community outside of Anaheim, California. His mom is an evangelical Christian pastor at a megachurch for Korean immigrants.

“Church is supposed to be a place where you can really be yourself but because certain subjects are untouchable,” Bang says in a new interview with KPCC. “being gay was one of them.”

Growing up, Bang avoided thinking about his sexuality by focusing on his music–singing in church choir and making YouTube videos singing covers of songs by other musicians.

“I just kind of pushed everything down and suppressed it,” he recalls. “And if anyone, you know, accused me of being gay, I would just be like ‘No, no.'”

After high school, he enrolled at Biola University, a Christian college in La Mirada, Californi, where he continued to sing and co-founded a dance troupe.

A few years ago, a TV producer found some of his old YouTube videos and offered to fly him out to Seoul and compete on a talent show. He didn’t win the competition, but decided to relocate to Seoul. It was around this time that Bang says he began coming out, as well.

He recalls, “I spoke to my mom in Korean. My Korean was just absolutely terrible. It’s very pre-schooly, like ‘Mom, I like boys.’ And so I think she was, like, kind of confused.”

“There isn’t a lot of material out there for Koreans about what being gay is. And there definitely isn’t anything within the Korean Christian community on LGBTQ stuff.”

Bang says his parents are still processing his sexuality, and continue to pester him about getting married and starting a family.

“If being gay is a sin, I don’t understand why being gay is so much more worse than lying and cheating and all these other things that people readily accept in Christianity,” he says.

Fans have already gotten a taste of the R&B vibe that will be featured in Bang’s forthcoming EP in his recent collaboration with DJ Friz like on the song “Dive.”