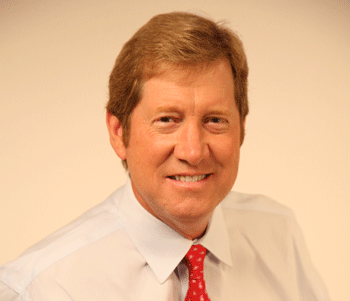 Jason Lewis, better known as a right-wing radio blowhard served one term as a Minnesota congressman before voters booted him from the legislature. He lost reelection to openly gay Democrat Angie Craig in 2018. He now intends to win a seat in the Senate by running as a Trump-emulating extremist.

Among Lewis’ chief targets: queer people, whom he has compared to rapists. Lewis has claimed rape laws are “unfair,” since they don’t treat rapists as equal citizens. He’s used the dubious reasoning to undermine marriage equality. “So if the law says that we’re not going to allow three people to marry, then you’ve got to treat everybody the same way,” Lewis said in a 2013 radio broadcast. “No three people can marry. Same is true for gay marriage. It’s not discrimination. It’s not unconstitutional. The law discriminates all the time. It discriminates against behavior.”

In addition to his attacks on LGBTQ people, Lewis has defended slavery. “In fact, if you really want to be quite frank about it, how does somebody else owning a slave affect me? It doesn’t,” Lewis wrote in his book Power Divided is Choked.  “If I don’t think it is right, I won’t own one, and people always say ‘well if you don’t want to marry somebody of the same sex, you don’t have to, but why tell somebody else they can’t.’ Uh, you know if you don’t want to own a slave, don’t. But don’t tell other people they can’t.”