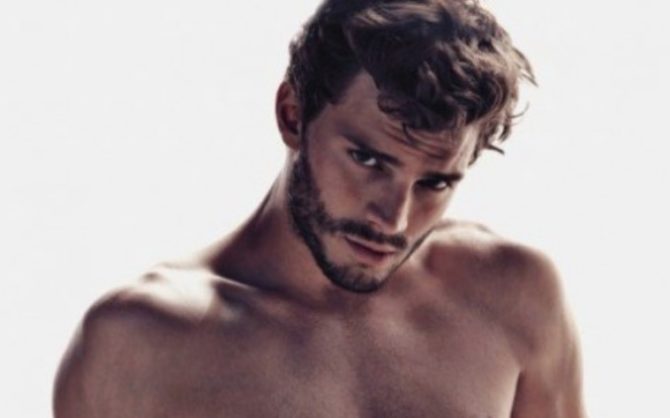 You live and you learn and you glue body hair to your nether regions.

It’s all just part of growing up. Well, if you’re 50 Shades heartthrob Jamie Dornan, that is.

Celebrities often get rather candid on The Graham Norton Show, and this recent segment with Dornan, Liam Neeson and Helen Mirren was no different.

The out host asked Dornan about his late-blooming sex symbol status, prompting the actor to share just how very late-blooming it really was.

In his own words:

“I was very sporty when I was a kid, but I was a late developer: I was small, I wasn’t very hairy, just one of those guys who, y’know, I was a bit behind and I was young for my year and that had a big effect on me or whatever.”

He went on to describe a prop in a school play intended to make him look older — a repurposed wig glued to his face.

“Now, I was 15, I looked about seven. I had no hair or anything. Anyway, in the play, they had given me this sort of black, very acrylic, highly flammable wig that they used to cut off and UHU (glue) to my face to give me a beard, to give the appearance I was older.”

Watch the dramatic conclusion, including a fumbled attempt at hooking up, below: