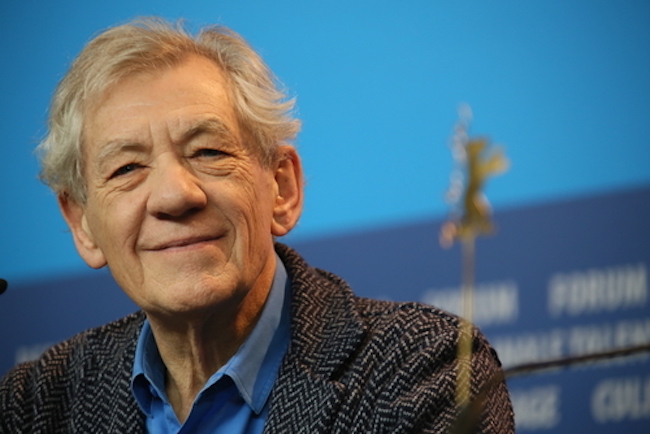 Veteran actor Ian McKellen recently sat down for an Oxford Union Q&A, during which he weighed in on the sexual assault allegations currently rocking Hollywood.

“Of course people taking advantage of their power is absolutely reprehensible,” he says.

It won’t do, wherever it happens. People must be called out, and I know it can be painful for victims to do that.”

Related: Ian McKellen has a message for closeted actors

After expressing hope that the endless barrage of revelations will “eradicate it altogether,” he tells his own story:

“When I was starting acting in the early 1960s, the director of the theater I was working at showed me some photographs he got from women wanting jobs. They were actors. And some of them had at the bottom of their photograph: ‘DRR.’ DRR. Directors’ Rights Respected. In other words, ‘If you give me a job, you can have sex with me.’

That was commonplace for people who proposed they should be a victim.”

McKellen ultimately believes “nothing but good can come out of these revelations.”

You can hear these particular comments around the 41-minute mark: