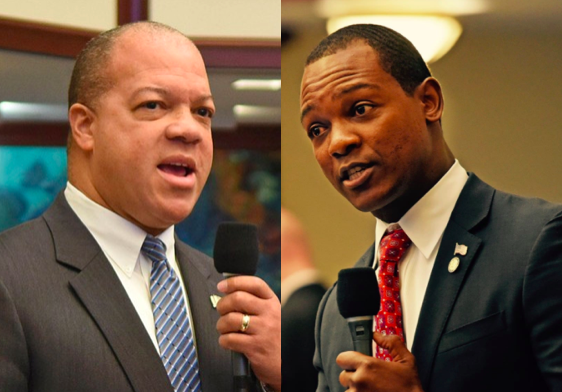 Some good news out of Florida. Not one but two members of the Florida State House of Representatives who were recently ensnared in antigay scandals lost their primaries this week.

Last year, Hill drew widespread criticism from Democrats and Republicans alike after he laughed when a constituent suggested imposing the death penalty on men who have sex with other men then joked, “I wonder how that would go over?”

Despite a widely circulated audio recording of the moment, Hill tried denying it happened, saying he was the victim of a “social media lynching” at the hands of “trash media.”

You can listen for yourself here.

Jacquet came under fire last month after he attacked Hardy, who was raised by two moms, by calling him a “batty boy,” a homophobic slur used in many Caribbean nations, and accusing him of being gay.

After a backlash ensued, Jacquet apologized for his homophobic remarks, saying, “In the heat of the moment, I said something I should not have said. I apologize for my words that have offended some of my colleagues.”

Unfortunately for him, his half-hearted apology wasn’t enough to sway Democrats into keeping him on their ticket.

Both Hardy and Salzman are expected to win the general election in November.