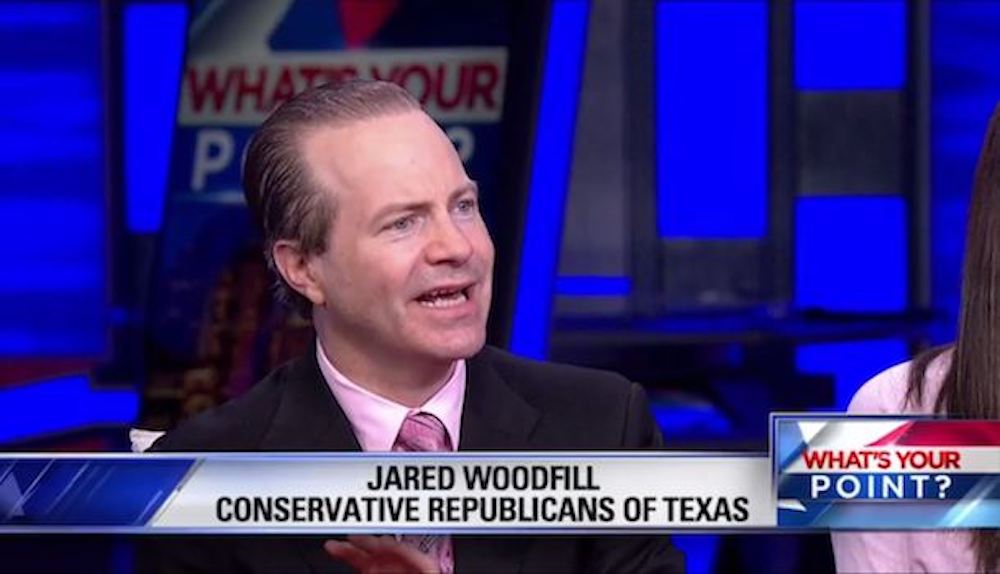 Jared Woodfill, a lawyer and former Republican Party chairman who also serves as the spokesperson for the very anti-LGBTQ Campaign for Houston PAC, recently had his legal office raided by government investigators over claims that he stole hundreds of thousands from clients’ accounts — womp womp.

According to The Houston Chronicle, “Woodfill is the subject of two separate formal complaints — one to the State Bar of Texas and the other to the Houston Police Department.” Both cases accuse Woofill’s firm of either overstating  client costs or taking thousands from client trust funds.

The Houston Chronicle reports, “Investigators with the Harris County District Attorney’s office wheeled carts of documents from Woodfill’s office … at least an hour after they arrived.” These documents included 127 boxes of files, six computers and disk drives.

Woodfill’s law firm plans on appealing charges once they’re filed, but we still feel some schadenfreude because Woodfill is rabidly anti-LGBTQ.

He served six two-year terms as the Chairman of the Republican Party of Harris County, Texas. During one of his re-election bids, he appeared in a video that stated, “The LGBT homosexual political movement [is] … hell bent on creating sexual anarchy in our society.

It added, “Pedophilia is the next point … [gay rights activists] want to pervert this society.”

In 2017, Woodfill was a vocal supporter of a failed Texas state bill that would’ve ended city public accommodation protections for trans people. In a statement supporting the bill, Woodfill called LGBTQ identity an “aberrant, deviant and perverted sexual behavior” and “a moral wrong.”

In 2016, Woodfill filed a lawsuit against the city of Houston for providing municipal benefits to same-sex spouses. His case made it to the Texas Supreme Court and won there, even though the  U.S. Supreme Court’s 2015 Obergefell v. Hodges decision said that states must provide same-sex married couples the same “privileges and responsibilities … terms and conditions as opposite-sex couples.”