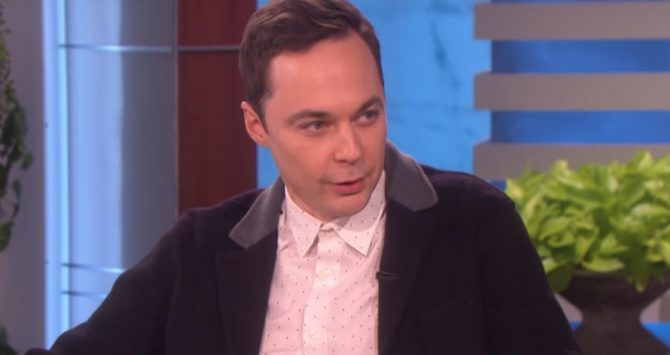 Jim Parsons and Greg Berlanti are uniting to produce a new LGBTQ-themed docuseries for HBO Max.

The four-part series, entitled Equal, will look at some of the lesser-known heroes and events in the fight for equal rights.

Each episode will be an hour in length. People and topics covered will include Harry Hay, The Daughters of Bilitis, Christine Jorgensen and Bayard Rustin. It will culminate in the Stonewall uprising and first Pride march.

The show will feature unseen footage and re-enactments.

In a statement, Jennifer O’Connell, EVP of Original Non-fiction and Kids Programming at HBO Max said: “In June, we commemorated the 50th anniversary of the Stonewall Riots, which shepherded in a new era for LGBTQ+ pride.

“While we know the story behind that fateful summer night, there’s a lot of fascinating, untold history of the patriots, artists, and thinkers who paved the way.

“It’s time to share their heroic tales, and we could not have more perfect partners in Jim Parsons, Greg Berlanti, Jon Jashni and Scout [Productions] to introduce our HBO Max audience to these historical trailblazers.”

Jim Parsons found fame and fortune through his role on The Big Bang Theory. He has since set up his own production company, That’s Wonderful Productions. It produced the Netflix comedy, Special, about a gay man with cerebral palsy.

Greg Berlanti is the gay director of the hit movie Love, Simon. But he’s better known as a producer, creating such shows as Riverdale. In summer 2018, he signed a four-year deal to continue working with Warner Bros TV that was rumored to be worth around $ 400million. At the time of signing, he had 14 shows on air – a record number for any one producer.

Equal is being made by Warner Horizon Unscripted TV’s new documentary unit.

Of the subjects being covered, Harry Hay was a prominent gay rights activist in the US who founded the Mattachine Society in 1950.

Daughters of Bilitis was an organization for lesbians and bisexual women that operated in the 1950s and 60s.

Christine Jorgensen was a US trans woman who underwent gender reassignment surgery in the early 1950s. Her story put her on the front pages of newspapers at the time.

Bayard Rustin was a prominent figure in the civil rights movement. A gay man, who also advocated for LGBTQ rights.

Protect at all costs!
8