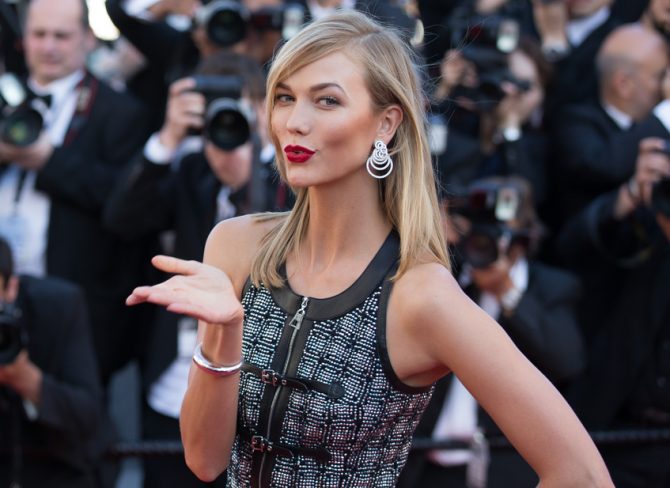 Trump-in-law and Project Runway host Karlie Kloss has gone to great lengths not to draw attention to the fact that she’s married to Jared Kusher’s kid brother, Joshua. In fact, as far as we know, she’s only ever spoken publicly about it once, and that was only after a Project Runway contestant called her out for her association with the first family. (The contestant was then kicked off the show.)

This week, Kloss shared a pride message with her 5.7 followers on Twitter that said, “Stonewall started as a riot and the fight continues for LGBTQIA* rights daily across this world. As an ally, we must demand safe spaces and proper representation in every aspect of our lives.”

Stonewall started as a riot and the fight continues for LGBTQIA* rights daily across this world. As an ally, we must demand safe spaces and proper representation in every aspect of our lives. pic.twitter.com/LGibAxTIER

While some people appreciated her message, many still couldn’t seem to get over the fact that, despite claiming to be a Democrat and an LGBTQ ally, she still rubs elbows with the Trumps and has never taken any sort of public stand against the Trump administration’s assault on LGBTQ rights when she is in a unique position to do so.

I don’t know you, and I try not to judge, but find it a little lame that you would preach to the converted but not visibly to your in laws. Come on, grow a pair. Use your influence where it matters. We’re there already, we know what is right. This first family… not so much.

How much money have you donated?

Your husband gets his money from anti LGBTQ businesses. You are not an ally

You’re married to a Kushner. The property-tycoons that abuse the system by (and not limited to) slamming low-income black tenants with obscene legal charges and dirty renovictions that leave them in debt and inhumane housing situations. Shut the fuck up with your hypocrisy.

maybe take this up with the filthy family you married into? Stop pretending you’re not married to EVIL Jared’s bro. Sheesh…they’re in business together Karlie#TrumpCrimeFamilyForPrison

Nope. I will never call a member of the Trump family and ally.

You are no ally.

One person also noted that the woman in the photo from the article Kloss shared is wrongly identified as Black trans woman Muhlaysia Booker, who was murdered in 2019. The person in the photo is actually LGBTQ rights pioneer Marsha P. Johnson, who died in 1992.

The person is this picture is Marsha P. Johnson.

When asked by Andy Cohen about her association with the Trumps back in January, Kloss replied: “I’m sure I’m not the only person in this country who does not necessarily agree with their family on politics. I voted as a Democrat in 2016 and I plan to do the same in 2020.”

Related: Karlie Kloss finally address the elephant in the room about her marriage to Jared Kushner’s brother