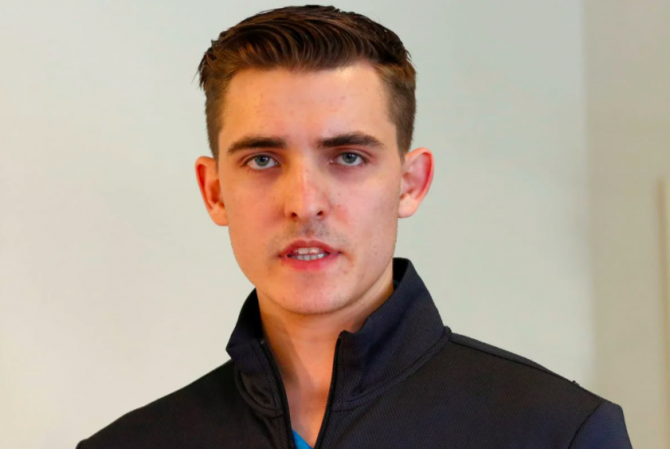 In case you need a refresher, Wohl was busted for running an voter suppression scheme in 2020 that included making thousands of illegal and misleading robocalls to mostly Black voters. The calls falsely claimed that voting by mail could result in a person’s information being used to collect debt, force them to get vaccinations, and other outrageous consequences.

The pro-Trump 24-year-old, who has been banned from Facebook, Instagram, LinkedIn, and Twitter for spewing hate and misinformation, pleaded guilty to one count of telecommunications fraud last month. Yesterday, Ohio Judge John Sutula sentence him and his buddy/co-conspirator Jack Burkman to two years of probation.

As part of their punishment, the guys must pay $2,500 each plus spend 500 hours registering low and middle-income voters in the Washington, DC area. The voter registration requirement must be completed by June 2024, in time for the next presidential election.

But Judge Sutula didn’t stop there.

Wohl and Burkman must also wear GPS ankle monitors for the first six months of their probation and they can’t leave their homes from 8 PM to 8 AM.

“These two individuals attempted to disrupt the foundation of our democracy,” Cuyahoga County Prosecutor Michael O’Malley said in a statement issued yesterday. “Their sentence of two years’ probation and 500 hours of community work service at a voter registration drive is appropriate.”

This voter suppression scheme is hardly the first time Wohl has gotten himself into trouble. (And, unfortunately, we doubt it will be the last either.)

In April 2019, he wrote a Medium article under the pen name “Hunter Kelly” in which he accused Pete Buttigieg of sexual assault. The article was quickly removed after being proven totally 100% false. In the months following, he also attempted to smear Robert Mueller, Kamala Harris, Elizabeth Warren, and Anthony Fauci with fake sex scandals.

On top of that, Wohl fabricated his own death threats and was accused of seducing and then kidnapping former deputy White House liaison at the US Agency for International Development Merritt Corrigan, hacking into her Twitter page, and writing a string of homophobic tweets that later got her fired from her job.

When he’s not busy being a little sh*t, Wohl moonlights as an OnlyFans star. We use the term “star” very loosely, however, as he hardly has any “fans” and pretty much everyone who’s had the pleasure of seeing his content has been left, shall we say, unimpressed.

A judge sentenced Jacob Wohl to community service in Black neighborhoods because of his voter fraud scheme. Why are Black people being punished by having him around?

I wouldn’t allow those 2 anywhere near the voting system in any way shape or form.

Who will be checking the accuracy of their work?

I wouldn’t trust them to register people correctly. This is like punishing the foxes by making them guard the henhouse.

Isn’t Burkman the guy who did an entire press conference with his pants unzipped?

I still can't stop laughing over the fact that Jacob Wohl and Jack Burkman actually put both of their real names in that illegal robocall script.?