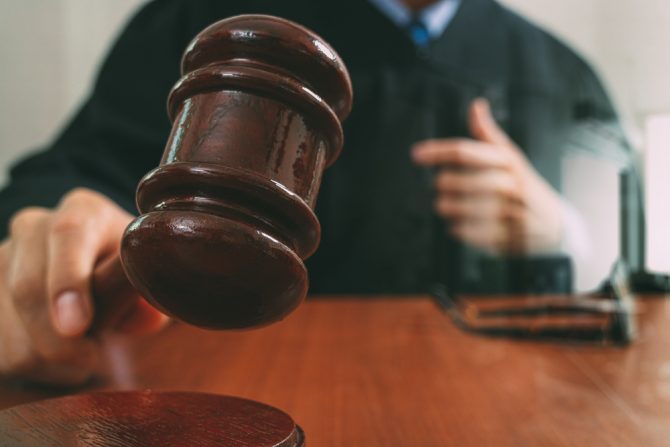 A lawyer from Colorado insists he’s “not a bigot” despite calling a judge an antigay slur. Instead, he says, he’s “simply not politically correct.”

Robert Abrams just had his law license suspended and has been ordered to participate in sensitivity training after calling a judge a “gay fat f*g” in an email to two of his clients.

According to court documents, Abrams made the homophobic and fatphobic remarks about Judge Phillip Douglass in an email to a couple he was representing in a construction contract lawsuit.

“The judge hates me,” he wrote. “It happens, it’s not the first time. I probably remind him of someone who beat him up [when he] was a fat kid and now that he’s a big fat judge he gets even w/ the bullies. Maybe he just hates Jews, who knows?”

This week, Abrams was issued the three-month suspension after disciplinary judge William Lucero determined he had violated Colorado’s Rules of Professional Conduct.

The suspension was stayed, however, pending the completion of an 18-month probationary period, in which the lawyer must enroll in an ethics school and do eight hours of cultural awareness and sensitivity training.

“That’s how the bullies talked to the weaklings when I grew up,” he explained. Then he tried arguing that the word “f*g” describes a “sissy” not a “sex preference.”

Abrams also denied having any “bias against homosexuals,” going so far as to ask his gay cousin to testify about their “warm familial relationship” and citing his work representing a gay bar in Denver one time.

In his ruling, Lucero wrote that Abrams is free to speak however he wants “in his private life,” but when he’s representing clients he “must put aside the schoolyard code of conduct and adhere to professional standards.”

“[L]awyers’ words and deeds reflect on the values and ideals of today’s legal profession,” Lucero continued. “Lawyers are also officers of the court, so their conduct signals to clients the quality of justice and the measure of fairness that can be expected from the legal system as a whole.”

up in smoke
9 comments

go easy on me
9 comments