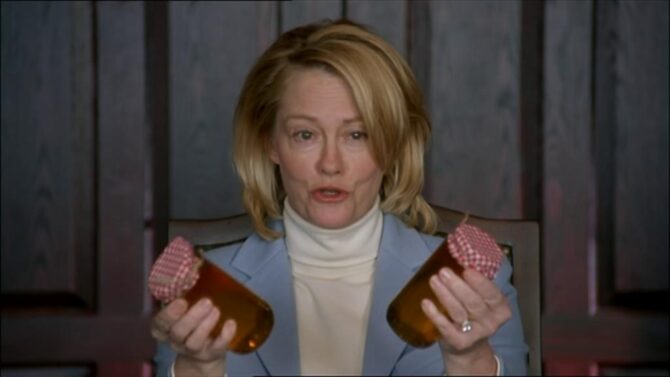 If there’s one thing we’ve learned in this life, it’s that every great icon deserves their own biopic.

In 2018, we were gifted with Bohemian Rhapsody, based on the late Freddie Mercury. In 2019, audiences were blessed with Rocket Man, centered on Sir Elton John. And just last month, we saw the release of Baz Luhrmann’s Elvis.

But years before any of these films we made, the world was treated to a biopic like no other: 2003’s made-for-TV movie, Martha Inc, based on the domestic diva Martha Stewart. The movie, available on Peacock and starring Cybill Shepherd as Martha, chronicles the self-made businesswoman’s rise to the top, and fall from public grace.

And boy is it a doozy. Just feast your eyes on the trailer:

Clocking in under two hours, Martha Inc. is non-stop, unapologetic insanity and terror from beginning to end.

When we first meet Martha. 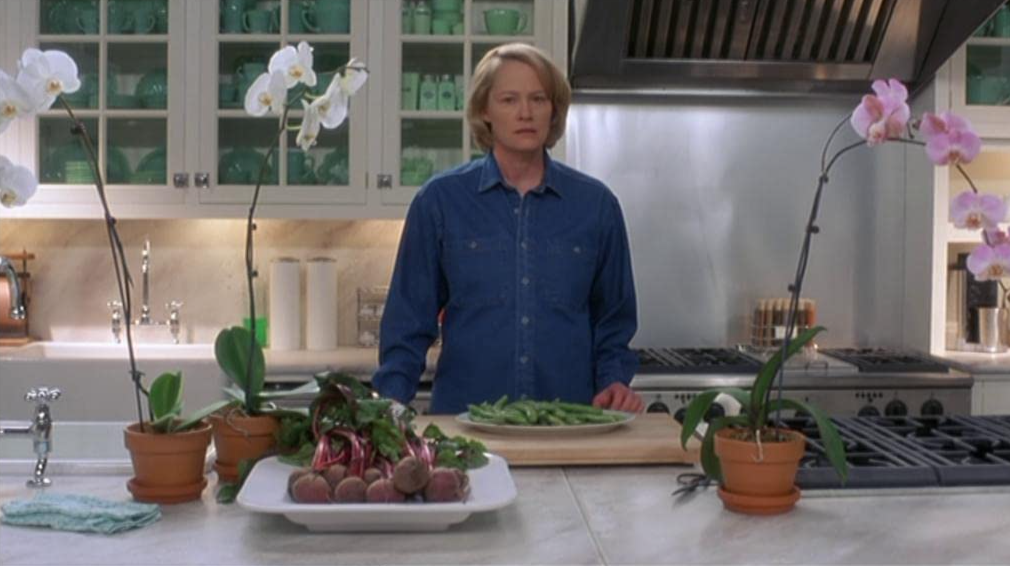 Not a minute into Martha Inc., and it’s immediately made clear that Martha is a walking disaster. While on her way to the studio to tape her show, Cybill-as-Martha starts spewing a laundry list of demands:

“I want that recipe on my desk before the next segment!”

Who she’s yelling these things to is never made clear, but hey! This is Martha’s world and we’re just living in it. And then this scene happens which… How Cybill kept a straight face through all of this proves she deserves all the Oscars.

When Martha turns her husband on… by pretending to be a garden gnome. 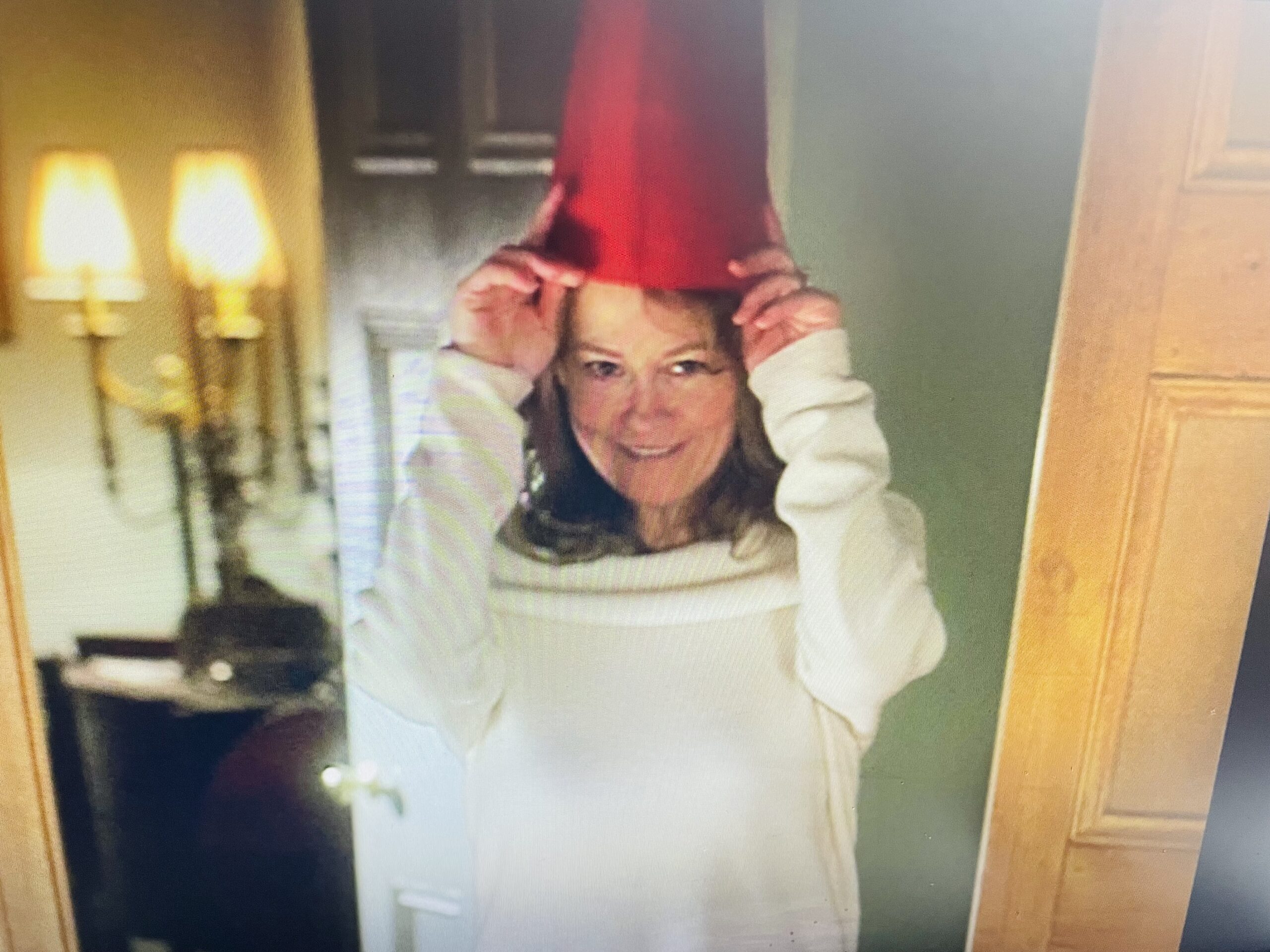 At one point in the film, Martha’s husband Andy decides to publish a book about garden gnomes, which TBH, would have been my first red flag. But not for Martha! No, she uses it as a moment to get down and dirty.

“In the mood for a little magic?” she asks her man like a sexy kitten, before donning a red gnome’s hat.

“I’m a magic little person,” she coos, before seducing him right there in the kitchen.

Was this pup play before pup play was a thing? Wait, don’t answer that. I don’t actually want to know.

When a closeup reveals the centerpiece on Martha’s dining room table is full of bell peppers. 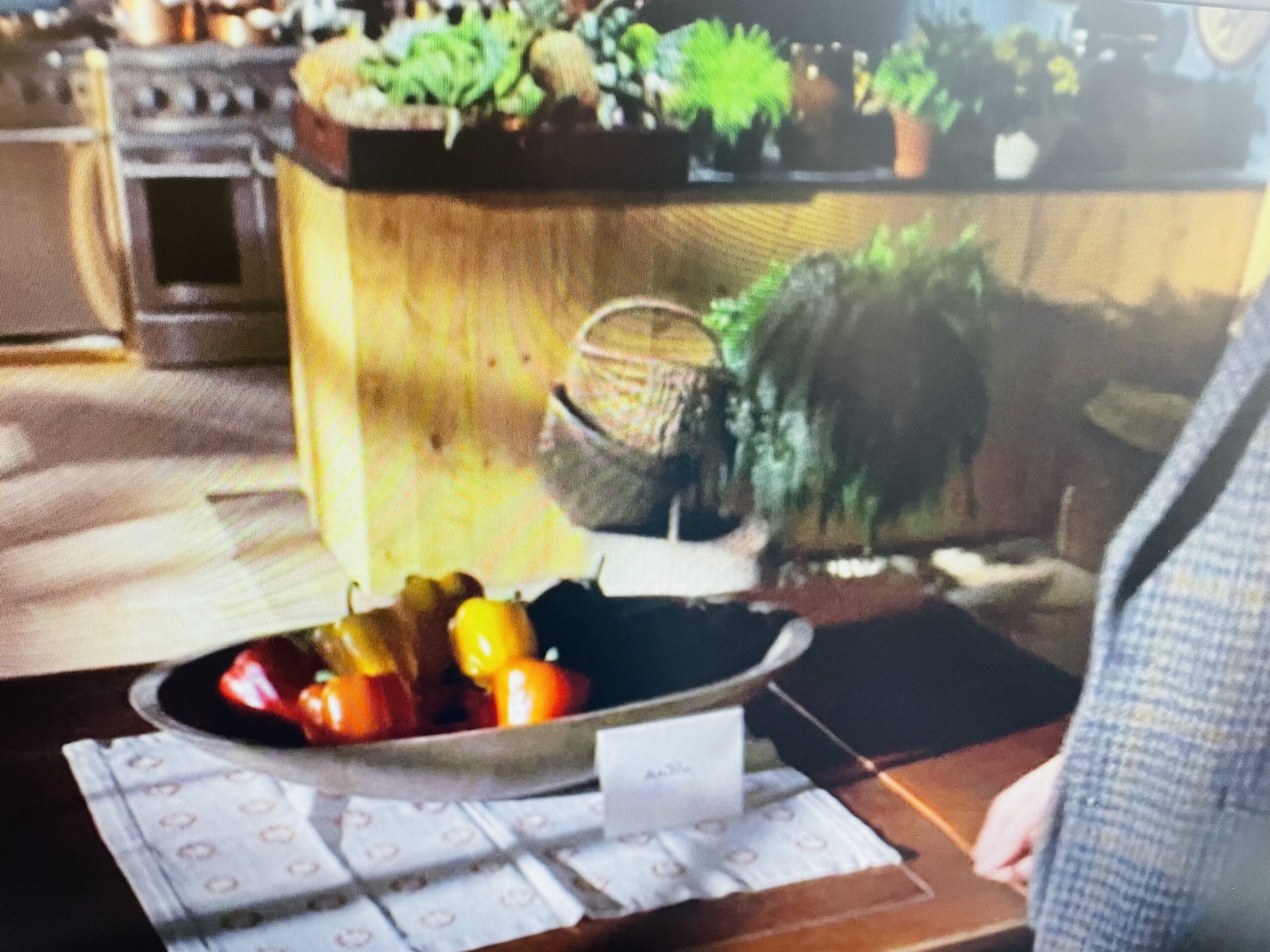 I don’t know who hurt Martha Stewart, but never in my life have I thought, “Well gee! You know what would really spruce up the dinner table? A nice, decorative bowl of bell peppers!”

When Martha answers the phone, and someone on the other end says, “You don’t know me, but I can make you a millionaire and a star, and it won’t cost you anything,” … and then she blindly goes to meet them. 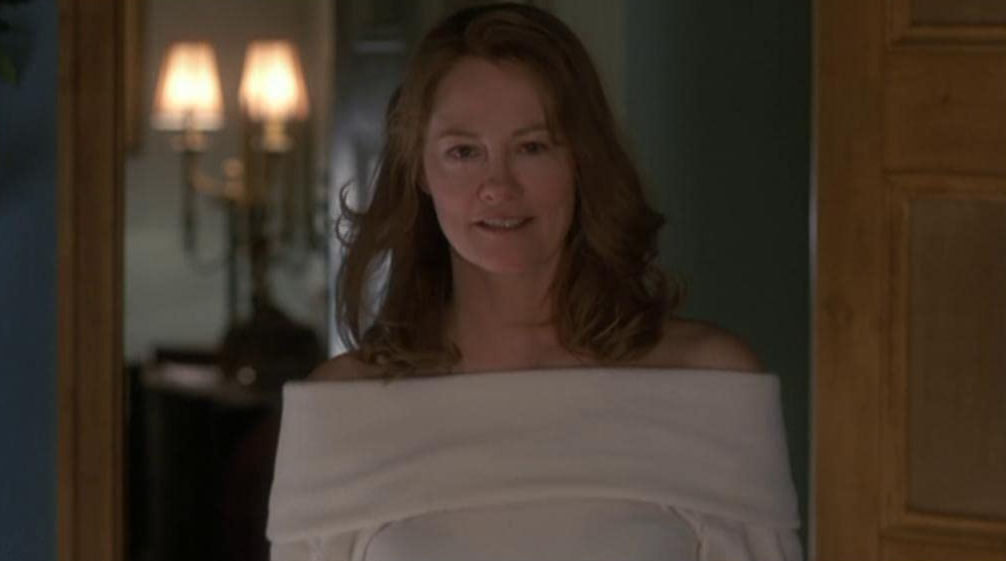 If that happened to me, I would immediately scream, “Um, OK freak!” and hang up. However, Martha, serving us unhinged goddess realness, meets up with this unknown person, and well, they’re legit! Turns out, it’s Kmart (RIP) and we all know how that ended up being a very good thing for our girl.

When Martha yells “Hey slut! I’m sending your parents a letter, telling them you’re a whore!” to the woman who she thinks is having an affair with her husband.

OK, this is hands down the best line in Martha Inc. After suspecting her husband is committing adultery, Martha tracks down the unlucky lady (who happens to be her assistant) in question, and hurls this remark her way before speeding off.

We may never know–or maybe you know, and I just did an awful job at paying attention to this terrible film. All I know is, this line will forever live rent free in my mind.

When Martha, facing prison, goes to an “Agricultural Fair” where she finds joy in being swarmed by a crowd of strangers… and then the movie ends. 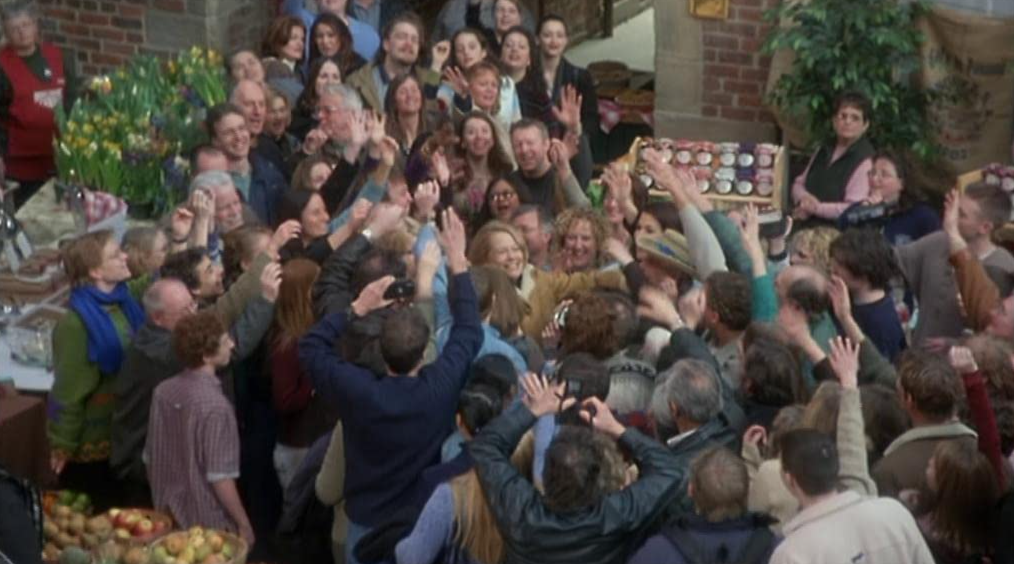 You’d think most people who are about to go to prison would want to you know, spend time with their family. But not Martha Stewart!

Feeling down on her luck, Martha drives to a local Agriculture Fair (did the producer not have the rights to call it a “Farmer’s Market”? WTF is an Agricultural Fair?!) where she is stampeded by a literal mosh pit of adoring fans. Instead of fearing for her safety or getting pissed at people’s clear lack of personal space and boundaries, Martha rejoices in the love of mere mortals.

AND THEN THE MOVIE ENDS.

What’s hilarious about this movie is that it barely scratches the surface of Martha’s crimes (the IRL Martha was accused of insider trading after she sold 4,000 ImClone shares one day before that firm’s stock price plummeted) or even who she is as a person. Instead, Martha is portrayed as a shrill, mean, cold-hearted b*tch who has serious feelings about birch bark and Merlot and not much else.

But I guess, what can you expect from a TV movie from the early aughts?

When I discover Cybill Shepherd played Martha in a follow-up made-for-TV movie in 2005, titled Martha Behind Bars. AND it also stars Queer As Folk‘s Gale Harold.

And that, my friends, is why the IRL Martha shall forever remain an icon!

Subscribe to Queerty for a daily dose of #entertainment #cybillshepherd #marthainc. stories and more

who's that guy?
9 comments