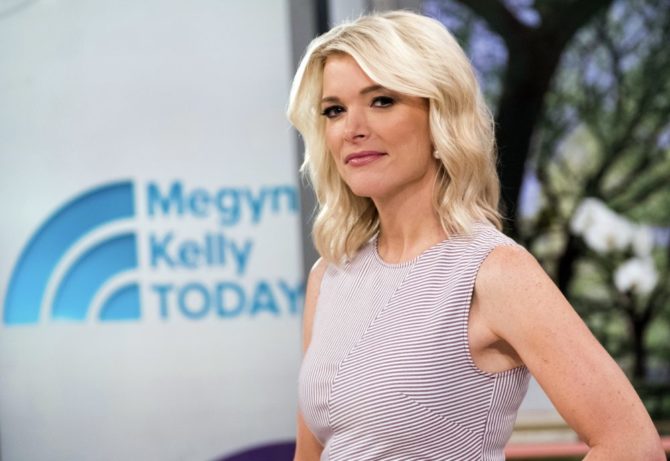 In case you haven’t heard, Kelly’s new NBC morning show, which premiered last week, has been a complete and utter disaster. And insiders say the network is totally freaking out about it.

Kelly’s first week was plagued with all sorts of gaffes and awkward moments. When she wasn’t asking Will & Grace fans if the show is what “turned them gay,” then she was insulting Jane Fonda by asking the Hollywood legend why she’s “not proud to admit” that she’s had plastic surgery.

Oh, then there was that little incident on Friday’s episode when a cameraman accidentally stepped in front of Kelly’s interview with soccer star Carli Lloyd and said “shit!” on the air.

All the while, ratings were tanking. Kelly lost around half a million viewers within the first four episodes. She also managed to garner quite a bit of bad press along the way.

The New York Times called the show “awkward” and “just not enjoyable.” The Los Angeles Times said it was “rocky,” “rough,” and said the chilly reception should be “a worrying sign for a network.”

And let’s not forget The Washington Post, which called Kelly “nervous” and “awkward” and compared watching the show to “watching a network try to assemble its own Bride of Frankenstein, using parts of Ellen DeGeneres, Kelly Ripa and whatever else it can find.”

“It’s like an implosion,” an NBC insider tells Vanity Fair. “Everyone is surprised at how quickly it’s gone badly. People are just like, ‘oh my god.'”

“It’s like watching a slow-motion train wreck,” another insider adds.

But don’t expect the network to abandon its failing star anytime soon. A third insider says that even though the show is a clear disaster, Kelly has “built up some genuine good will in the building,” and so the chances of her being released from her contract early aren’t likely. At least not yet.

It should also be noted, NBC paid Kelly $17 million to join their team earlier this year. For that kind of money, they’re not going to abandon ship without trying anything and everything to bail it out first.

But for the rest of the world–those who don’t have $17 million on the line–the writing on the wall couldn’t be clearer:

NBC execs assuming Megyn Kelly appeals to a mainstream daytime audience reminds me of how the media always forgets Clinton got more votes.

Megyn Kelly is gonna lose her job at NBC and it's gonna be hilarious.

Remember when @megynkelly interviewed Alex Jones and spread his evil to a wider audience? There's no coming back from that.#LRT #MegynTODAY