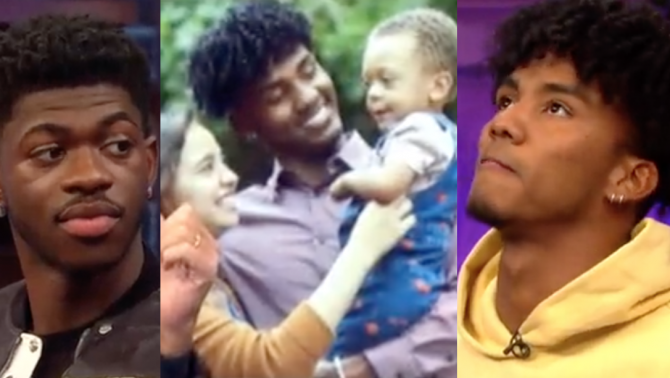 A clip teasing an upcoming episode of The Maury Show is raising all sorts of questions.

In it, Lil Nas X confronts his former(?) boyfriend/backup dancer Yai Ariza’s apparent secret wife, telling her “Me and Yai have been together for a month and a half.”

“You’re a liar!” she yells back. And before the 30-second spot has finished, it’s featured a paternity test and Yai proposing to X — basically all the drama you’d want from Maury, set to air Wednesday.

Tune in next WEDNESDAY, November 17th to an all new EXCLUSIVE Maury! #Maury24 pic.twitter.com/iZCJBvQmr7

So first question: Is this real life?

All signs point to: no.

Lil Nas X has proven to be quite the marketing genius, often making headlines with comedic stunts. This billboard for his debut album, Montero, comes to mind:

So we’ll go out on a very short limb here and say this Maury segment is meant to be funny. And it is. Plus, the acting isn’t very convincing.

But the more difficult question to answer is: Are Lil Nas X and Yai Ariza still dating?

Last month, X confirmed to Andy Cohen that he had been seeing Ariza, but that they’d split.

“I heard you had a boyfriend!” Cohen said to X during an interview on SiriusXM.

“I was seeing someone, um, I kinda decided I didn’t want to anymore.” He went on to explain that he was taking some time for himself after the breakup.

So either the Maury segment was filmed when they were still dating, they got back together, or they’ve remained friends and the whole thing is meant to drum up even more confusion.

We’d say watch the episode on November 17 to find out, but somehow it seems unlikely that will shed any real light.