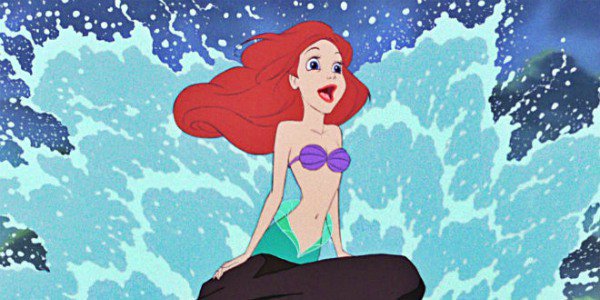 The internet chatter continues over the casting of Halle Bailey (not to be confused with Halle Berry, which keeps happening because, of course it does), an African-American actress in the iconic role of Ariel in the new live-action remake of Disney’s The Little Mermaid. Now biographers of author Hans Christian Andersen have stepped forward to assert that Anderson wrote the story as a metaphor for love as a gay man.

Danish writer Andersen (1805-1875) wrote some of the most beloved of children’s stories, including “The Emperor’s New Clothes,” “Thumbelina” and “The Ugly Duckling.” Most biographers characterize him as gay or bisexual, having had intense romantic feelings for women as well as men.

Related: Lizzo still wants to be Ursula in ‘The Little Mermaid,’ and she has Twitter bewitched

On the heels of the casting announcement for the new film version, several historians note that The Little Mermaid serves as Andersen’s expression of unreturned love for a straight man: Edvard Collin. Says writer Rictor Norton: “In letters written to his beloved young friend Edvard Collin in 1835–6 Andersen said ‘Our friendship is like The Mysteries, it should not be analyzed,’ and ‘I long for you as though you were a beautiful Calabrian girl.’ In the fairy tale, written when Collin decided to get married, Andersen displays himself as the sexual outsider who lost his prince to another.”

Norton also points out the important distinction that Disney changed the ending of the story from Andersen’s own. In the author’s incarnation, the mermaid dies when her handsome prince falls for a human woman. She then dies and becomes a spirit of the air because of her steadfast love and chastity. The latter point is a key one when addressing Andersen’s life: he reportedly remained celibate throughout his life.

In light of the historical roots of Andersen’s tale, we hope that Disney will give a shout out to the queer community by including some mermen in love. Failing that, they could also audition Harvey Fierstein or Lizzo for the role of Ursula the sea witch. We’d definitely watch that movie.