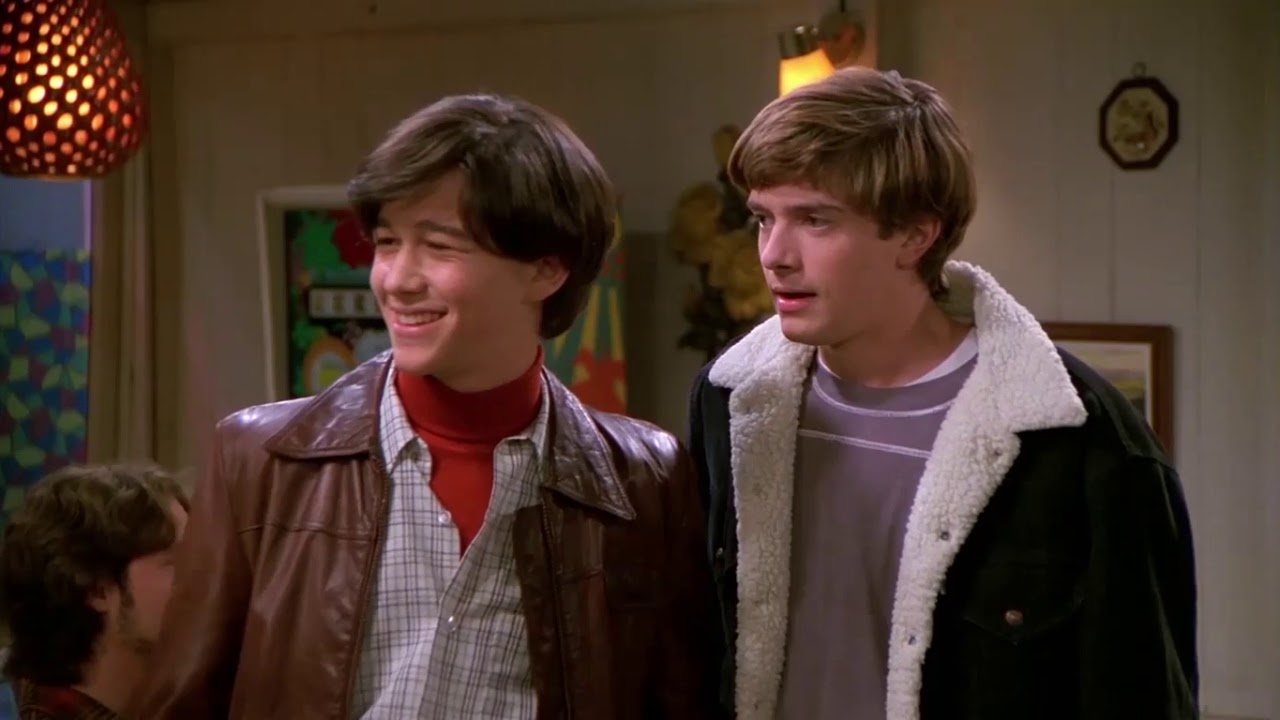 On December 6th, 1998, a kiss between two guys was aired on primetime television in North America for the very first time. 24 years later, the show it aired on is seeing a resurgence, but the gay character involved in this historic first is nowhere to be found. Where exactly did he go?

The two make fast friends, to the point of Eric neglecting his main friend group just to be around Buddy. Meanwhile, Buddy has spent the whole time developing a massive crush on his new pal. This culminates in a scene where Eric is venting about his “confusing” relationship with his main love interest Donna — venting that Buddy cuts off halfway through with a kiss.

The episode’s relevant scenes have been supercut together on YouTube, and whew:

Buddy was allegedly planned to have a recurring part, but the character vanished without a trace following mixed reception from viewers. Reactions supposedly ranged from the typical overt homophobia to discomfort with Eric’s reaction to this kiss, as well as some feeling that the character’s queerness was played for laughs.

What they seem to have failed to consider is Joseph Gordon-Levitt’s cute little face. A shocking oversight, but not everyone has taste.

This landmark moment could’ve easily gone on to live in the “This was my Heartstopper” canon, but instead was pushed by the wayside after one brief introduction. Even as the episode ends with the two hoping to stay friends, Gordon-Levitt was instead written off the show.

The series didn’t see another gay character until a pair of neighbors eight seasons later, and even Jeff and Josh were mostly comic relief characters meant to make Eric’s straight-laced father Red uncomfortable.

Related: That ‘90s Show Brings a New Decade, but the Same Old Laughs, to TV in New Teaser

Meanwhile, upcoming sequel series That ’90s Show has already announced a gay character as part of the main friend group. Barb and Star Go to Vista Del Mar‘s Reyn Doi plays Ozzie, a series regular described as “insightful and sarcastic” as well as “impatient with the world for not being as accepting as his friends.”

We don’t see any reason why the new series couldn’t feature a JGL/Topher Grace reunion and maybe ret-con a few things. After all, Gordon-Levitt holds decades later that Grace was a “good dude to kiss“.

Now excuse us while we go cry for what should’ve been: