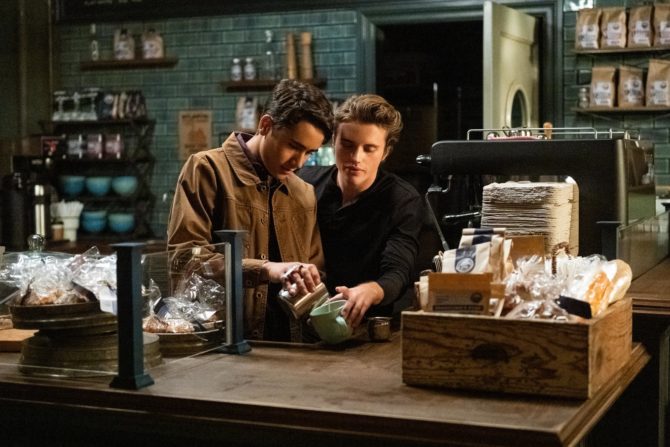 Michael Cimino, star of the hit Disney/Hulu series Love, Victor, has opened up about the bullying he endured following the debut of the show. Cimino claims to have received homophobic messages on social media…including harassment from people he knew.

Love, Victor debuted in June 2020 to positive reviews and viewership. The show continues the chronicle of the world of the “Simonverse,” a fictional universe that had its first screen incarnation with the film Love, Simon. Several characters from that movie appear in Love, Victor as well. In both cases, the story deals with a gay, American teenager struggling to come out of the closet.

“To be honest I actually have gotten homophobic messages,” Cimino told Attitude. “The craziest part is it’s sometimes from people I know. I think it shows where the world’s at and possibly how much this show is actually needed. It starts a conversation and that’s the most important thing.”

Cimino also added that he pushed back against the harassment by offering a bit of education on LGBTQ issues.

“The best thing to do is try to educate them or realize that they’re ignorant and you can’t really say anything that’s going to help them, unfortunately,” he added.

In the same interview, Cimino’s co-star George Sear added that he had not received any kind of homophobic harassment for his role on the show. In the series, Sear plays Victor’s love interest, Benji.

“The response has been nothing but positive from what I’ve seen,” Sear said. “It’s really nice and touching getting messages from people who’ve watched the show and it’s resonated with them.”

A second season of Love, Victor has been greenlit by Disney/Hulu, though a release date is pending due to the COVID-19 pandemic.