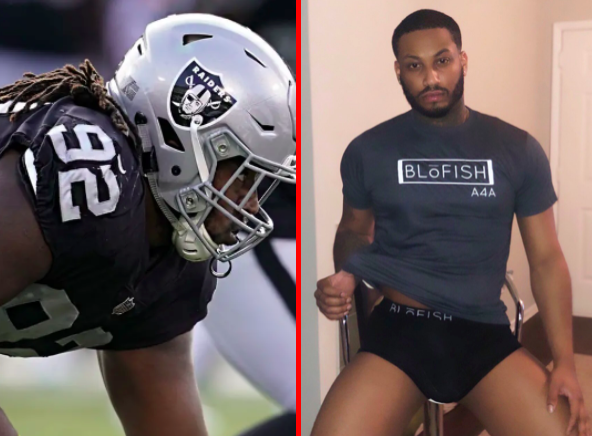 Well, this is messy…

An amateur male model by the name of Malik Joseph claims he engaged in a romantic relationship with P.J. Hall of the Oakland Raiders, Black Sports Online reports.

On his Instagram story this week, Joseph shared text messages allegedly sent to him from 23-year-old Hall, claiming they “prove” the rookie NFL player likes men.

He also encouraged his 31K followers to harass Hall’s girlfriend over DM.

Joseph said he decided to go public with the relationship after he learned Hall had a girlfriend.

He went on to suggest there may be other closeted men, including someone running for Atlanta City Council, who he’s hooked up with and is getting ready to expose.

A rep for Hall tells Black Sports Online the story is totally false and accuses Joseph of making “defamatory and slanderous accusations” against the NFLer, adding that Joseph has a “history of extorting men.”

The rep did not say whether Hall plans to pursue any legal action against the Only Fans model.

Meanwhile, Hall himself took to Twitter to deny the accusations and to say he and his girlfriend are “all good.”

Lmao, me and my girl are all good over here and have been. Y’all can try whatever y’all want!!