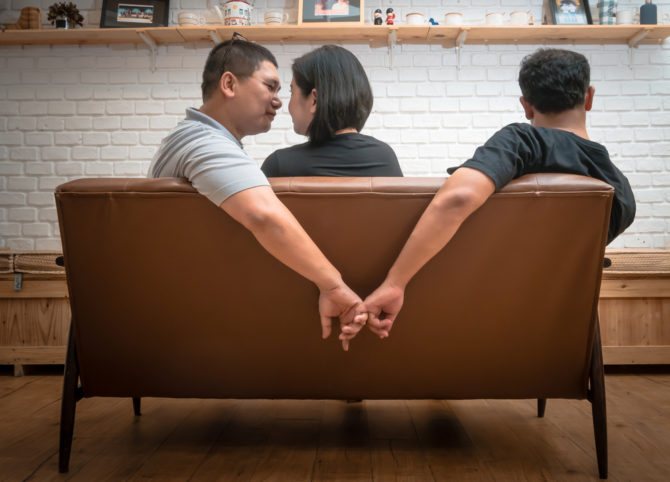 Lewis Oakley is a proud bisexual man and he’s not apologizing for it.

“I’m not gay, I’m not straight, I’m a bisexual man,” he writes in a new column for Esquire. “I’ve had sex with men, women and long lasting relationships with both. Personally, I have no preference.”

For Oakley, sex, in general, is “amazing,” regardless of who it’s with. Though he admits he gets his best sex tips from other men.

“From personal experience I can tell you why bisexual men rate better between the sheets,” he says. “I know what other men have done that’s impressed me in bed and when I see these awesome moves, I steal them [to use on women].”

“You can’t hope to use your penis right until you’ve been on the receiving end of one.”

Of course, being bisexual isn’t all about sex, sex, sex. Relationships matter, too. But not everyone is interested in dating a bi guy. Oakley is cool with this, however. He says it’s fine because “it’s actually a great way to trim the fat in the pursuit of finding someone to spend the rest of my life with.”

His current girlfriend has no problem with his bisexuality.

“When we first met I had my tongue down a guy’s throat,” he explains. “I knew she was something special and luckily the feeling was mutual. She’s never had an issue with me being bisexual, she’s not insecure and worried that I have ‘double the options to cheat’ on her.”

Perhaps the greatest challenge, Oakley says, is dealing with society’s expectations when it comes to gender roles.

When you date both men and women it can be confusing when it comes to being the man. But from dating men I’ve seen what equality really means in a relationship: you play to your talents not your genitals. If you’re better at cooking, you do most of the cooking. If they’re better at picking places to eat, they pick the places to eat. … After dating a guy for two and a half years, going back out on the dating scene was an adjustment when it came to how to treat women. I was so used to things being equal, but despite what they tell you, society still isn’t entirely ready for that when it comes to men and women. Often, women I dated expected me to pay the first time we went out. … There is also this issue of being a ‘protector’ when you’re the man in a straight relationship.

At the end of the day, however, Oakley says he doesn’t need to live up to anyone else’s definition of masculinity.

“Modern society has torn up the rule book when it comes to being a man,” he says. “In this time of transition we have an opportunity to rewrite the rules. As long as we earn money, are respectful of others and can hold a decent conversation, we’re golden.”

Related: Examining the issue of bisexual visibility and erasure in LGBTQ media