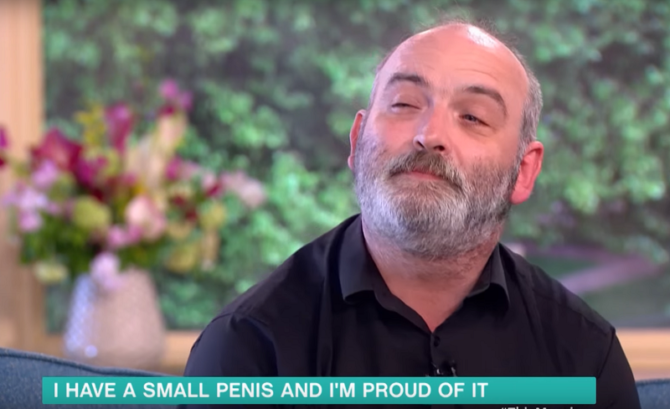 Ant Smith has a smaller than average penis and he’s not apologizing for it.

In the interview, he tells hosts Eamonn Holmes and Ruth Langsford that for years he suffered from low self-esteem as a result of his size, but over time he’s learned to be “proud” of what God gave him.

Related: A Lot Of Men Are Unhappy With Their Penis Size, So Here’s What Can Be Done About It

“Anxiety grows in the dark, really,” Ant explains. “I spent years and years thinking, ‘Oh, I’m the only one with this problem’ and by keeping quiet I wasn’t letting anybody else with the same problem realize that you’re never really alone.”

The interview takes a slightly awkward turn when two life-size cardboard cutouts are wheeled on stage and the hosts ask Ant to demonstrate the exact size of his penis when “resting” and “extended,” which he happily does for them. 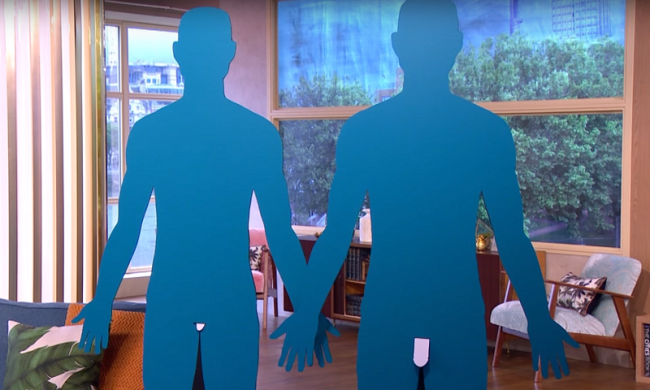 The conversation then shifts to the average size of an erect penis, which is approximately 5.16 inches, a full inch longer than Ant has. But he insists the smaller-than-average size has no impact on his sex life.

“I use more than just that part of my anatomy in my relationship with my beautiful wife,” he says with a chuckle.

Watch the interview below…

Related: Man’s Penis Cracks Open After He Injects It With Vaseline, Calls It “The Worst Mistake In My Life!”