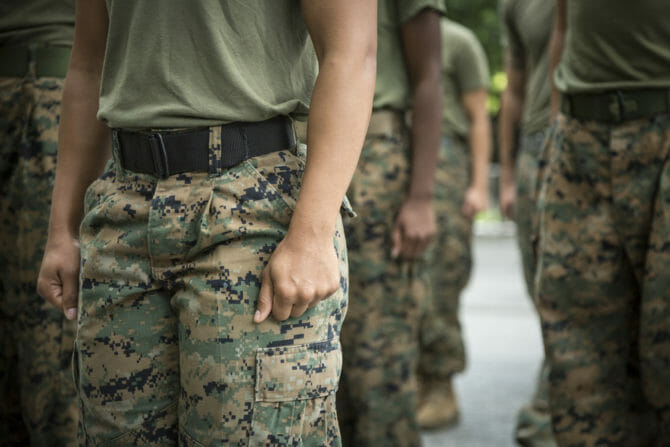 This just in: A new report from the RAND Corp. has found that Marines have more sex than any other branch of the U.S. military.

The data was gathered for the 2015 Health Related Behaviors Survey. It looked at around 17,000 respondents from all branches of the military.

Researchers found that Marines were more likely to “engage in riskier sexual behavior” by having “more than one sex partner of the course of one year.”

Of course, another way of looking at it would be to say Marines are more sex positive than the sailors, soldiers, and airmen of the other branches.

Dr. Sarah Meadows, who helped lead the study, thinks so. She’s cautioning people not to cast judgement over the findings.

“We’re not trying to blame anyone for this, but the Marine Corps does tend to stand out,” she says. “Each of the services has their own culture.”

The study also found that Marines were significantly more likely than other branches to smoke cigarettes, cigars and e-cigarettes and engage in binge drinking.