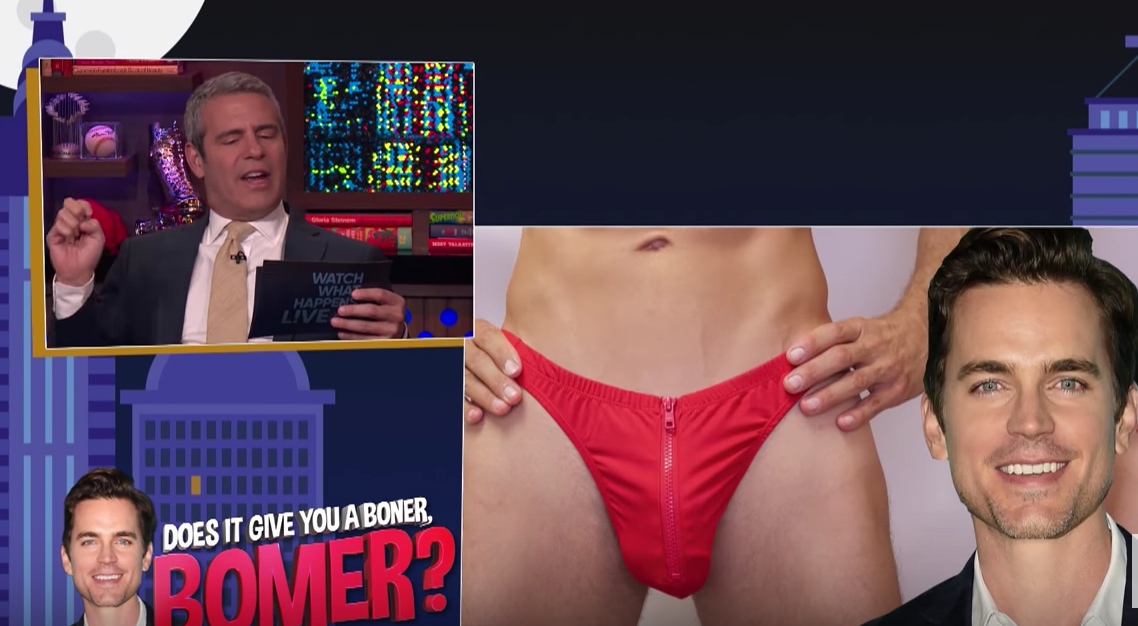 Right after humiliating Anderson Cooper on Watch What Happens Live about what truly turns him on, he’s decided to continue his reign of terror by getting all up close and personal with Matt Bomer, forcing him to play a self-explanatory game called, artfully enough, “Does It Give You A Boner, Bomer?”

Not pulling any punches, Cohen goes for broke in the segment. So what does give Matt Bomer a boner? Role-playing? Speedos? Strip clubs? Daddies? Threesomes?

All shall be revealed.