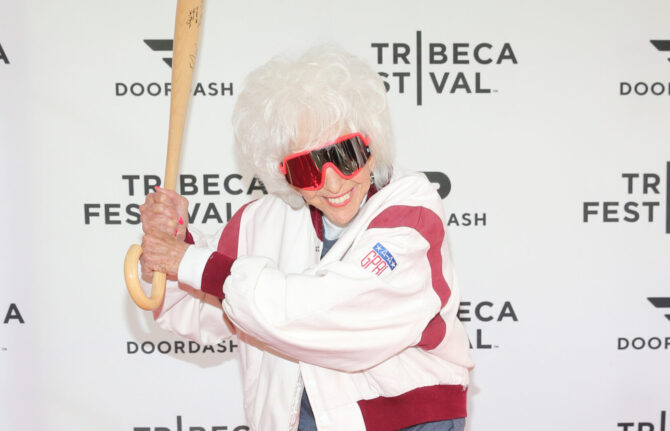 One, two, three strikes, she’s out!

Former baseball player Maybelle “Mae” Blair — a.k.a. “All the way Mae” came out publicly for the first time this week following the premiere of the Amazon series A League of Their Own at the Tribeca Festival.

Blair played in the All American Girls Professional Baseball League that the original A League of Their Own film and new series are based on.

Related: ‘A League of Their Own’ is getting a TV series, and this iconic Peach is returning

During a Q&A about the series, Blair expressed her happiness that players no longer have to hide their sexual orientations in the league.

For the majority of her life, sports legend 95-year old @AAGPBL player, Maybelle Blair felt like she had to hide her authentic self. Today she came out publicly for the first time. We couldn’t be happier for her, and continue to push for love and acceptance on and off the field. pic.twitter.com/BEaCisO2RH

“I think it’s a great opportunity for these young girl ball players to come [to] realize that they’re not alone, and you don’t have to hide,” Blair said.

“I hid for 75, 85 years and this is actually basically the first time I’ve ever come out.”

Blair has had a long career in both softball and baseball, playing for the Peoria Redwings baseball team in the 40s and in the National Women’s Softball League in the ’50s, well before the 1992 film came to be.

Now, after all these years in the industry, Blair has gotten to use the rebirth of this beloved franchise as a platform from which to express her truth. Kudos to Miss All the way Mae!

Check out the trailer for the upcoming A League of Their Own series hitting Prime Video August 12th: