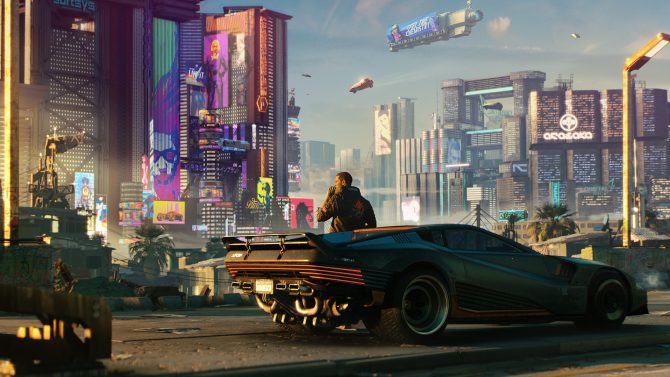 2020 will see the release of Cyberpunk 2077, a much-anticipated role-playing game that finds the player navigating life in a technology-saturated future. Now game developers have announced another groundbreaking feature: players will be able to customize their characters, right down to the gender spectrum.

Trade magazine PC Gamer reports that players will have the option of selecting different sizes of breasts, buttocks and genitals, all customizable regardless of the character’s sex. Players can also engage in sex scenes throughout the game with partners of various genders as well. According to the latest game summary:

“Players can select a gender and customize their character; customization can include depictions of breasts, buttocks, and genitalia, as well as various sizes and combinations of genitals. Players can encounter events where they have the option to engage in sexual activities with other main characters or prostitutes—these brief sex scenes (from a first-person perspective) depict partially nude characters moaning suggestively while moving through various positions. Some scenes contain brief depictions of thrusting motions; other scenes depict a character’s head moving towards a partner’s crotch.”

The exploration of sexuality and gender fits with the game’s overall theme of how technology alters life and consciousness. Art director Kasia Redesiuk had previously told Polygon “In [the year] 2077, especially with how much body modifications are available, I think people just mix and match however they want, however they feel. And even society is more open to different kinds of relationships.”

The graphic nature of the story, along with some scenes of intense violence, have already earned Cyberpunk 2077 an “M” rating.

The game lands on Windows, XBox, Playstation 4 and Stadia this fall.