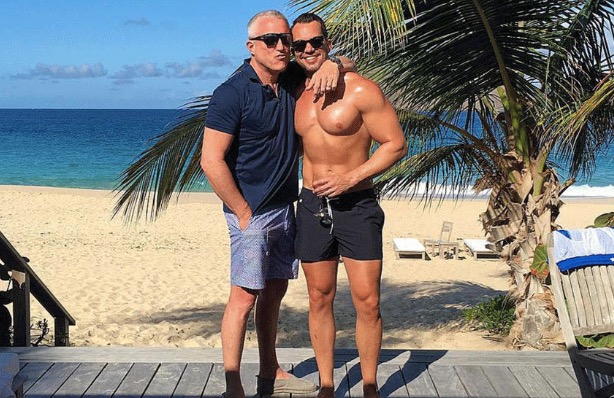 Bill White and Bryan Eure. …Remember them? …No? Here’s a refresher: They’re those two basic gays from New York who were featured in The New York Times last month for throwing a lavish $5 million dollar fundraiser on behalf of Donald Trump.

The feature noted that the couple initially supported Hilary Clinton and once hosted a $39,500-a-plate fundraiser dinner for Barrack Obama at their Chelsea townhouse, but they became Trump supporters on election night when they realized Clinton was going to lose.

“I didn’t want to be part of that misery pie,” White told The New York Times. “I’m not a wallower in self-pity. I really believe that once that decision is made, you have to get behind your president.”

They made headlines again a few days later when Eure went on a transphobic tirade against drag queen and activist Marti Gould Cummings in a since-deleted Instagram post.

Now, the couple has been named by The Washington Free Beacon, a “privately owned, for-profit online newspaper” that reports on “freedom” in the United States, as two of 2018’s Men of the Year.

In a one-page profile, the edit team at Free Beacon praises the couple for their “bravery” in coming out as “gay, liberal, millionaires who nevertheless want to [make America great again]”:

The duo had fundraised for everyone around Frauds like Barack Obama. Feminist icons like Hillary Clinton. But it wasn’t until they discovered the charms of the straight-talking conductor of the Trump Train that they understood just how amazing politics could be…

And yet, for embracing this authentic billionaire whose taste runs toward the gold-plated, how have their friends reacted? With acceptance? With arms wide open?

No. They’ve been scorned, screamed at, shunned. Friends have turned their back. Hillaryworld has gone to war.

And yet, they endure.

If by “endure” they mean being held accountable for throwing their support behind racist, homophobic, xenophobic, lying president and spewing transphobic garbage on social media, then sure, they’ve “endured.”

Other people on Free Beacon’s list of 2018’s Men of the Year include a conservative California “garbageman” named Dane Ray Cummings, the Bikers for Trump motor gang, “Defenders of the Devil’s Triangle”, and Dick Cheney.

As Aesop famously said: “A man is known by the company he keeps.”