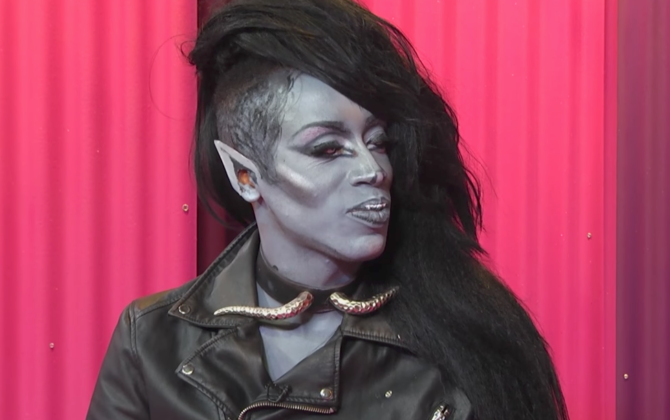 “If you can’t love yourself, how the hell are you going to love somebody else?”

Those are RuPaul’s immortal words that have been spoken every week on RuPaul’s Drag Race for the past nine seasons. But for at least one contestant, loving yourself is easier said than done.

Nina Bo’Nina Brown, the ultra-creative, but nonetheless self-doubting queen from season 9, made a special appearance on Hey Qween and opened up about her newfound fame and her struggle with self love.

“As you’ve probably seen on the show, I’m really hard on myself,” Nina explains to host Jonny McGovern. “I’m trying to enjoy it, but there’s this block inside of me that’s stopping me from really enjoying this whole experience.”

“But, you know, I’m blessed and I’m appreciative of it, I just wish I could get passed whatever this hurdle is so I can really enjoy the moment.”

While on Drag Race, the judges and her fellow queens on the show praised Nina for her creativity and talent, but throughout her time on the show it became clear that she still had her doubts.

“Unfortunately, I’m used to people talking about me, making fun of me and hating on me and so when people are trying to be positive, saying things like ‘Girl, we love you’ and all of that, I have a hard time accepting it,” she says.

As for where her insecurities come from, Nina has revealed in the past that her experiences with the Atlanta drag scene have played a huge part in why she feels the way she feels. 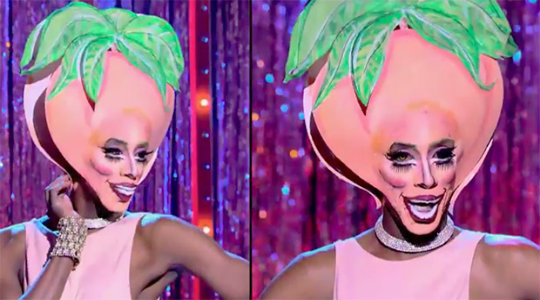 When asked if she’s ever had any support or love from fellow Atlanta queens, she responded, “Some do, but most of the girls [in the Atlanta scene], even the girls from past seasons of the show… no not really.”

“I don’t want to start mess or anything, but I’ve always been an outcast in Atlanta. I don’t kiss ass. I’m not going to tell you you’re sickening when you’re not just to be in your cast. I speak my mind and I’m different.”

During the one-on-one interview, things got emotional as Nina began delving deeper into her depression and how her life has changed because of the show.

“In a way I think I’m damaged a little bit,” she explains. “There’s something internally that’s a little damaged. Like, I just not good enough or something. I guess maybe I am special, I guess people like me, but I just wish I could love myself more.”

“Well I wish you would to,” McGovern replied. “There’s something very special about you and everyone is seeing it. You should take a look in the mirror and feel it honey.”

Careful not to smudge her beautifully creepy, cartoon vampire makeup, Nina holds back the tears and says, “I just never thought that I’d be sitting here and doing these kinds of things and… I am just such an emotional bitch.”

As the season comes to a close, it’s obvious that each queen, Nina included, will soon be met with a level of fame and financial gain they may have only dreamed of.

So what does the future hold for Nina Bo’Nina Now On Hey Qween Brown?

“Right now I’m kind of just going with the wind and seeing what doors are going to open,” she explains. “You know, I’d love to act in things or get into makeup, but just whatever God has planned for me I will be here waiting for the doors to open.”