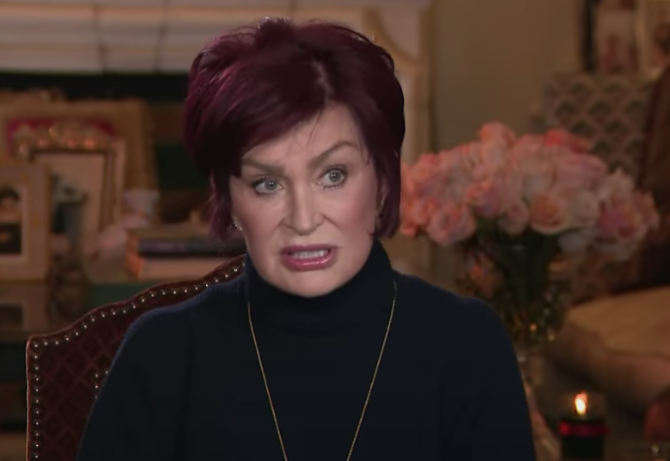 Sharon Osbourne is now calling her recent fight with The Talk co-hosts Sheryl Underwood and Elaine Welteroth “the biggest set up ever.”

Osbourne was widely accused of gaslighting during her emotional defense of her friend, Piers Morgan’s, unkind comments about Meghan Markle.

In a new interview with ET — which aired as further allegations were made about her using racist and homophobic language — Osbourne attempts to contextualize the encounter by painting herself the victim of CBS executives.

She says she arrived late to set that day, where a showrunner asked her, “Hey, do you want to clear up the Piers thing again?”

“If you want me to, I will,” Osbourne recalls answering.

Then she says that eight minutes before showtime, the same showrunner informed her that “Maybe one of [the co-hosts] doesn’t agree” with her. She further claims the questions from the segment were intentionally kept from her, and only written on Underwood and Welteroth’s notecards.

“I think that CBS was so horrified with Piers for the things he was saying. Because remember, Harry and Meghan– it’s a CBS interview,” she added. “I had sided with Piers, so, it’s the cancel culture isn’t it? ‘Throw her under the bus.’”

Osbourne isn’t sure she’ll be back on the show when it returns from hiatus, pending a network investigation into the incident.