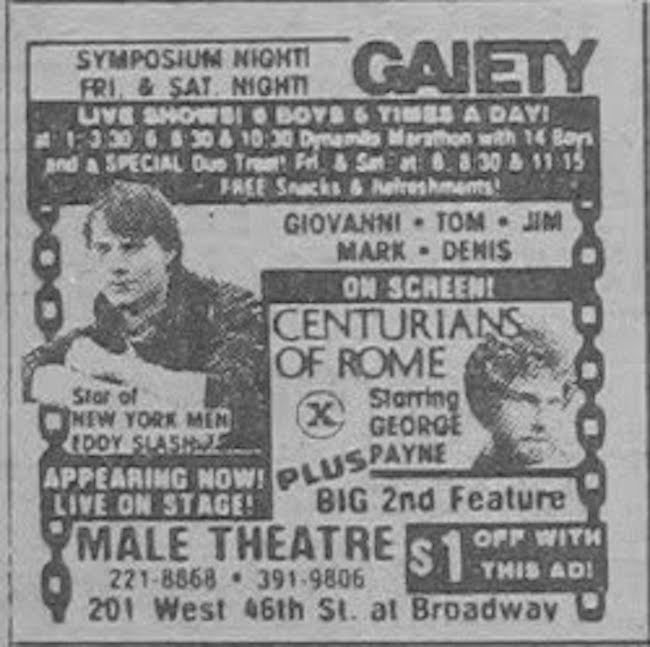 “You walked in,” Dirty Looks founder Bradford Nordeen tells Art News. “There was no listing of what title was being shown. You just saw what was playing.”

Related: These gay adult film stars are having a lover’s quarrel on Twitter over… a burrito

“They became the main approachable commercial format that queer people could use to document their life,” he tells Art News. “It was a cinema that filled the screen for an inordinate amount of time with various bodies engaging in beauty. This is where they saw themselves on screen.”

He wants Sesión Continua to be “still staying true to what people think of with Dirty Looks, and embellishing that with the pornographic space we’re trying to create. . . . Instead of treating it like a film festival, we wanted to treat it as a free-flowing space not having ownership over what you see.”

“There shouldn’t be a minute where someone walks into this theater and feels bored,” Nordeen says.

Afterwards, you can pop by Club Bijou on 82 East 4th Street to experience the real thing. We’ll be the ones eerily beckoning to you from the cubby on the far left. See you there.