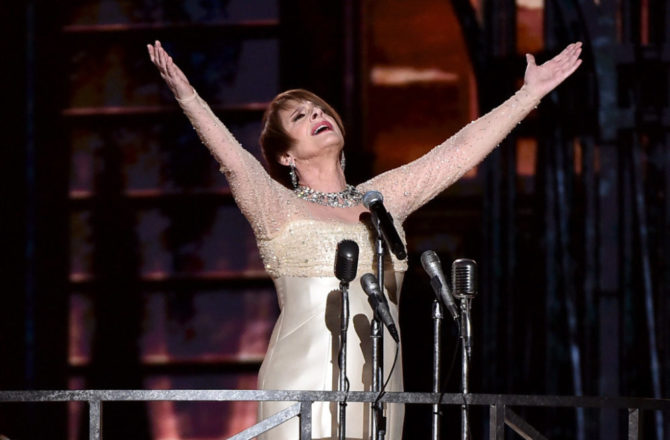 Broadway legend Patti LuPone recently sat down with The New York Times to talk about her storied career and, in typical Patti fashion, she didn’t hold anything back when asked for her opinions.

During the interview, LuPone talked about her role as Eva Perón in Andrew Lloyd Webber’s monster hit Evita. And it turns out, she’s not a fan of the show that won her her first Tony Award for Best Actress in a Musical. And she’s definitely not a fan of the man who wrote it.

Here’s some of what she had to say…

On the iconic song “Don’t Cry For Me Argentina”:

I was going, “What the hell is this song about?” I understand exactly what you’re saying. I never wanted to do “Evita,” because it was the most bizarre music I’d ever heard. You’re raised on Rodgers and Hammerstein, Meredith Willson, Lerner and Loewe, and then you hear that? I heard the “Evita” concept album, and I went, “Ow, my ear.”

He’s a jerk. He’s a sad sack. He is the definition of sad sack.

On the music in Evita:

I thought “Evita” was the best thing he and Tim Rice did. But the rest of it is schmaltz.

This isn’t the first time LuPone has had some rather harsh words for the show that helped turn her into a Broadway superstar.

In the past, she trashed Madonna‘s portrayal of Perón in the film adaptation of the musical, though she also admitted in the same breath that she never actually watched the movie.

Last year, LuPone told Vulture that she was approached to play Evita’s mother in the film, but she turned down the offer.

Related: Patti LuPone took everyone to queer church last night and gay Twitter is having a religious meltdown