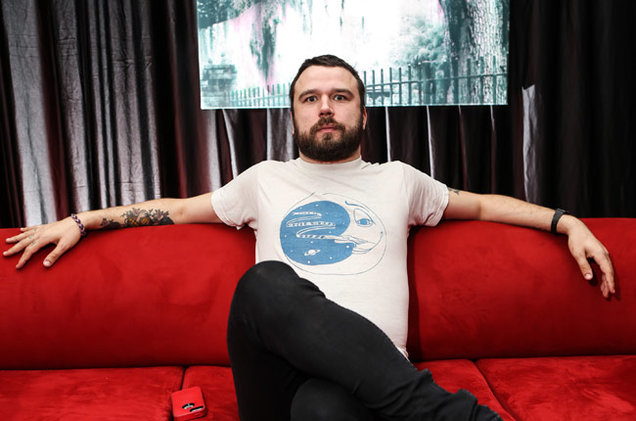 Max Bemis, lead singer of the rock band Say Anything, just came out in an emotional nine-page letter to fans.

In the missive, Bemis opens up about his mental health struggles and his sexuality, which he describes as “bi-ish or queer or a straight guy who can also like boys.”

“I always talked or joked about it with my friends and found it to be blatantly clear I was,” he writes. “I was bullied for it and called a ‘f*g’ (without irony). This is, sadly, common.”

The 34-year-old rock-and-roller continues, “I’m not special. I even went so far as to tell people I was also attracted to guys repeatedly. They chalked it up to my bipolar sh*t, which was hurtful.”

Bemis describes most of his queer experiences as “limited and remain mostly emotional” and says he’s often felt people don’t take his sexuality seriously because he’s married to a woman.

“So yeah, I’m a queer, Jewish, Christian skeptic pseudo-anarchist with a belief in metaphysics and the application of ‘magical’ stuff. Woof,” he writes

Bemis also talked about Say Anything’s forthcoming album, Oliver Appropriate, which he says is “a critique of ‘new age masculinity” and which will be the band’s final album… probably.

“There will be no full U.S. tour to support the record or in the near future. I am done being a touring musician as my main profession,” Bemis writes. “Say Anything is retiring in the sense that Jay-Z did. It’s not an indefinite hiatus or a breakup because that’s impossible.”