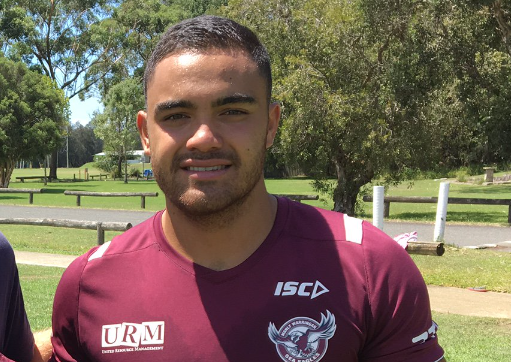 Australian rugby player Dylan Walker has jumped to the defense of his homophobic teammates, and his reasoning is giving us major fumble vibes.

Citing “religious and cultural objections,” they refused to wear uniforms featuring rainbow accents and sat the game out.

The optics got even worse when Des Hasler, the team’s coach, apologized to them for the “poor execution” of the Pride jerseys, calling it a “significant mistake.”

Related: WATCH: This viral rugby moment is taking the Internet by storm

Now one of the players who did participate in the show of support for queer athletes and fans is speaking out about the incident, throwing his support behind his anti-LGBTQ teammates.

Walker told the Daily Mail, “I have two gay brothers, including one who is transitioning to become a girl, but it didn’t hurt me.”

How nice for him! It’s good to know how homophobia personally affects straight guys who happen to have queer family members.

He continued: “It was such an important game in our season, but if you are going to stand for something you believe in, how can you be angry with them for that?”

“They [my family] weren’t angry at all. They said, ‘if you’re representing, we’re sweet’. If you’re a good person, which [my teammates] all are, I can’t be angry with them.”

It’s nice that Walker’s family appreciated his participation, but maybe he should also ask them what it felt like for his teammates to sit out an important game just to avoid the appearance of supporting the LGBTQ community.

Or he could listen to gay, former Manly player Ian Roberts, who called the mess “sad and uncomfortable.”

“I can promise you every young kid on the northern beaches [of Sydney] who is dealing with their sexuality would have heard about this,” he told the Sydney Morning Herald.

He also shared a message for the seven players: “Can you not understand the pain visited upon gay people who, no matter what they do, are disrespected simply for being gay?”

Perhaps Walker could relay the question at the team’s next practice.