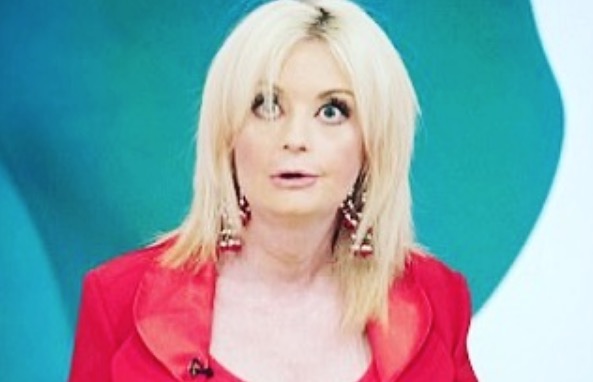 Celebrity Big Brother star Lauren Harries caused a stir earlier this year after she started posting bizarre videos of herself to social media.

Fans worried about her health, but they also couldn’t look away as the 41-year-old personality danced in odd outfits and slapped herself with her broken arm, then in a cast.

The videos have since been deleted, although her Instagram account still features several from the same time period:

Many commented that she appeared to be on drugs, and in a new interview with the British gay blog Cocktails and Cocktalk, Harries addresses the concern while adding another layer of “huh?” to the story.

The trans reality star, who got her start as a child as an antiques prodigy (because that’s a thing), suggested she may have been drugged at the time the videos started appearing.

“I don’t know what I was having in my drinks when I was having them,” she said, “because I wasn’t opening them.”

And when asked if she thought her friends played a direct role in influencing her to post the strange videos to Instagram for publicity, she replied with an emphatic, “absolutely.”

She added: “Perhaps I wasn’t in the right place at that time, because people were influencing me and I didn’t feel myself.”

“Looking back my eyes were a little off-camera,” she continued, “and I didn’t know.”

“So if someone is doing that to you, and you don’t realize, it makes you think.”