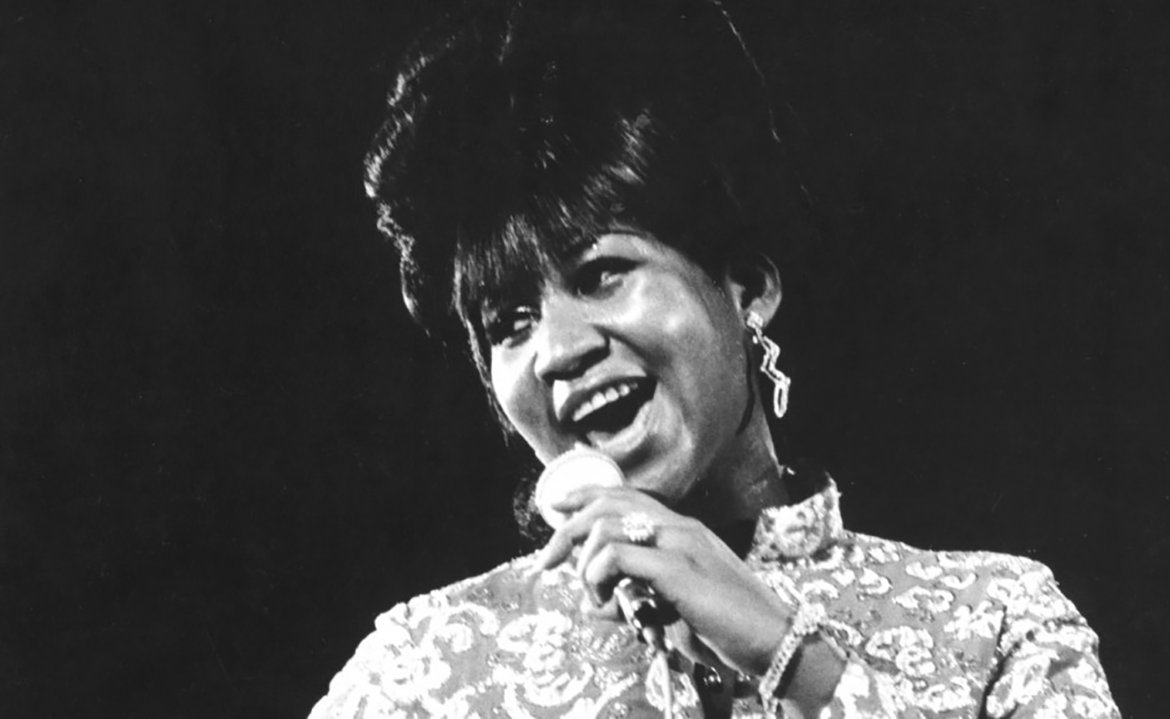 Here are 10 of the best Aretha Franklin live performances to remember the Queen of Soul:

This may be a controversial pick, but you gotta love a woman who at 72 years old, comes on the Late Show with David Letterman to perform one of the best diva anthems of the decade. Not only did she take Adele’s “Rolling in the Deep” higher up the octave at parts, she mashed it up with everybody’s favorite classic “Ain’t No Mountain.” Now that is diva behavior for sure.

Franklin performed one one of her most iconic records — the slow groove “Chain of Fools” — without a band, backup singers or backup dancers. She commanded the stage with her own style and sultry voice.

Franklin’s performance of “Do Right Woman” on The Merv Griffin Show in 1967 may have been surrounded by a neon set and brightly-dressed backup singers,  but all eyes were on the Queen of Soul as she nailed each note on the complex track.

Franklin would later complain the weather threw her off her vocal game, but this performance was an incredible and patriotic way to usher in Obama to his historical presidency

Her short appearance and show stopping performance of “Think” in the 1980 film Blues Brothers managed to make a lasting impression despite limited screen time.  The singer’s turn in the comedy, which starred Dan Aykroyd and John Belushi, came during a bit of a career slump for Franklin, as the music scene turned away from soul and toward disco. Her performance was so good producers lobbied for an Academy Award nomination. That didn’t happen, but she was rewarded with a career renewal.

“I Never Loved a Man” became a defining song for Franklin in that it became the first big hit of her career. The sweat pouring of her here is proof enough this live performance is one for the books.

Taking to the piano and slowing the song down a bit to really tear into those big notes, Franklin’s performance of the Simon & Garfunkel classic is proof that even the most well-known songs can benefit from the gift that is Aretha’s voice.

This fact paced and upbeat performance of her famous single “Respect” is another example of her incredible show-womanship. This performance came right as Franklin’s career was hitting new heights. The breakdown after the bridge is just one example of why Franklin is and always will be a live performance master.

Recorded a year before by Dionne Warwick, Aretha revamped Burt Bacharach and Hal David’s “Say a Little Prayer” with a burst of energy that set it apart from the original recording. As a guest on This Is Tom Jones, she performed the song effortlessly, cementing it as another single in a long list of successes.

When Franklin appeared at the Kennedy Center to honor songwriter Carol King, King seemed sincerely surprised, especially when Franklin sat down at the piano to accompany herself. The chills at this moment are tangible, so much so that then President of the United States Barack Obama — a huge Franklin fan — shed a tear.