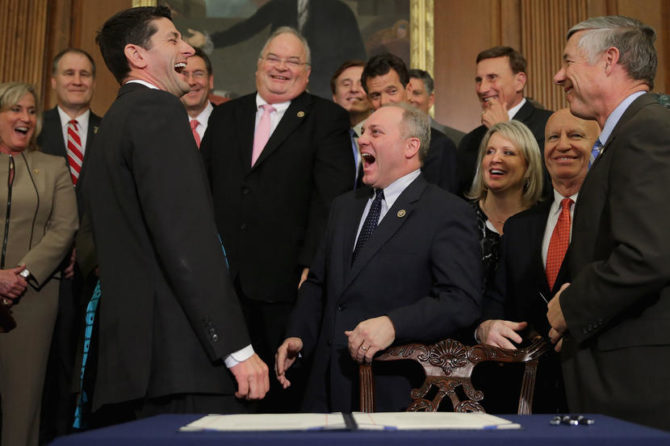 HIV/AIDS prevention? Who needs it?! That seems to be the attitude of the Trump administration and his fellow Republicans. Not only have they closed down White House Office of AIDS Policy, but now they’re trying to strip away access to PrEP in more than 30 states.

At the moment, PrEP costs around $1,500 a month without insurance. With insurance, that number is drastically reduced to anywhere from $0 to $500, depending on a person’s health insurance plan and provider. But that might be changing if the Affordable Care Act is repealed and “Trumpcare” takes effect.

In their blueprint to replace the ACA released earlier this week, House Republicans said they plan to eliminate the Medicaid expansion. As a result, access to PrEP, particularly for low-income Americans, would be cut off in 31 states and the District of Columbia.

How would it do this? Time reports:

The new bill would begin phasing out federal money for the expansion in 2020, likely blocking new applicants and access to meds like PrEP. If the plan passes in its current form, traditional Medicaid will be replaced by per-capita grants, a fixed-sum per person, which could result in cuts over time. And a proposed repeal of the ACA’s cost-sharing assistance, which paid insurers to reduce the burden of enrollees based on their income, would make coverage more expensive for poor Americans.

Considering that the vast majority of PrEP users are gay and bisexual men, we can’t help but feel like this is yet another direct attack against the LGBTQ community.

“When PrEP was first approved, gay and bisexual men were not using it,” Noël Gordon Jr., a senior program specialist for HIV prevention & health equity at the Human Rights Campaign, tells Time. “Now, we’ve seen an exponential increase in users.”

Gordon says a repeal of the ACA would be “devastating” as “it has the potential to turn the tide the other direction, where we could potentially see the spread of HIV.”