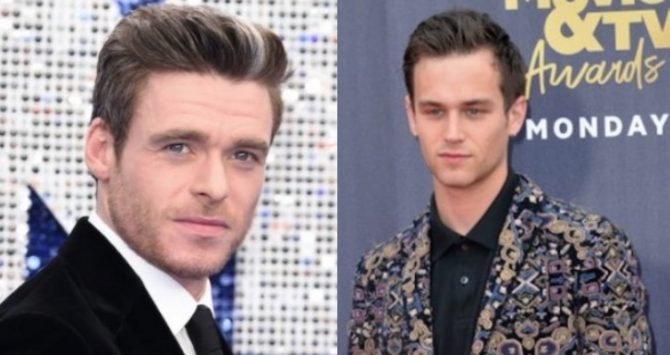 Though they were never an official public couple, it appears that actors Richard Madden and Brandon Flynn have ended their all but certain relationship.

The Sun reports that the “best pals” and “roommates” had a huge fallout, have cut ties and are no longer sharing their Los Angeles home.

Even more telling are reports that Flynn, who was hired to be the face of an upcoming Versace campaign, has asked the fashion house to leave Madden off the invite list for a December party.

“Brandon has made it clear he doesn’t want to see Richard because he asked the team at Versace not to invite him to a party they are having at the beginning of December,” a source told The Sun.

Related: Marvel’s first gay superhero to be played by this familiar and very handsome actor

“Richard has been dressed by the brand a few times and he spoke with (Elton John’s friend) Donatella Versace to prepare for his role as John Reid in Rocketman.

“But as they are working with Brandon now, they are respecting his wishes and haven’t asked Richard to attend the bash.”

The Game of Thrones and 13 Reasons Why stars were rumored to be an item over the summer, attracting attention from tabloids and even the New York Times.

When the Times asked Madden if he was bothered by all the interest in his love life, he “shrugged, unbothered by the question but in no hurry to answer it, either. ‘I just keep my personal life personal. I’ve never talked about my relationships.’”