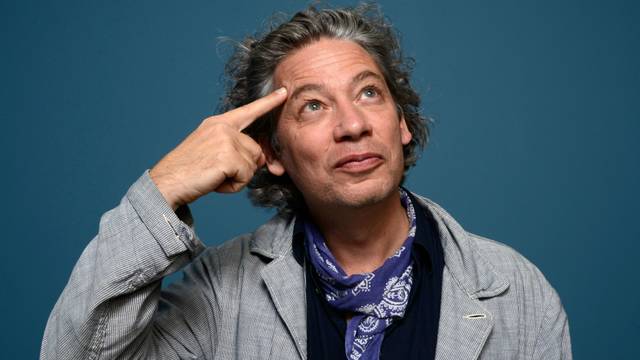 When it comes to music biopics, director Dexter Fletcher already has a few successful ones under his belt.

In addition to Rocketman, which chronicles the life of gay pop-rock legend Elton John, he also took over directing responsibilities after Bryan Singer was fired from last year’s Bohemian Rhapsody, which told the story of Freddie Mercury of Queen.

When asked by Gay Star News recently if he would consider directing a third music biopic, possibly about a female rocker like, say, Cher or, better yet, Madonna, Fletcher was totally on board with the idea.

“I’d do Madonna!” he said, excitedly. “That sounds like a real rollercoaster ride! It would be extraordinary.”

He was quick to add, “I don’t know how happy she’d be about that [idea]… But what an extraordinary life that would be. If I was to tackle any other icon like that, it would be her. She’s extraordinary.”

Yeah, we’re not sure how happy she’d be about the idea either.

In 2017, Madonna disavowed screenwriter Elyse Hollander’s not-yet-produced film Blonde Ambition about the Material Girl’s rise to fame. After learning that Universal was developing the project, she took to Instagram to rip it to shreds:

“Nobody knows what I know and what I have seen. Only I can tell my story. Anyone else who tries is a charlatan and a fool. Looking for instant gratification without doing the work. This is a disease in our society.”

Nobody knows what I know and what I have seen. Only I can tell my story. ?Anyone else who tries is a charlatan and a fool. ?. Looking for instant gratification without doing the work. This is a disease in our society. ???

And last year, a poorly-received docudrama titled Madonna and the Breakfast Club, which follows the life Madonna in the late 1970s before she became the pop legend as we know her today, was released.

The film was written and directed by Guy Guido and stars Jamie Auld as Madonna and was largely ignored by critics and audiences alike.

That said, Bohemian Rhapsody brought in over $900 million at the international box office last year. Meanwhile, the numbers for Rocketman haven’t yet been reported, but the projection for its opening weekend in the US is between $20 and 28 million.

Money talks to Madonna. So does talent. So if anyone can convince her to let him direct her biopic, we’re guessing it’s Fletcher.

Related: VIDEO: Ressurrecting some of Elton John’s most iconic (and gayest) looks for ‘Rocketman’