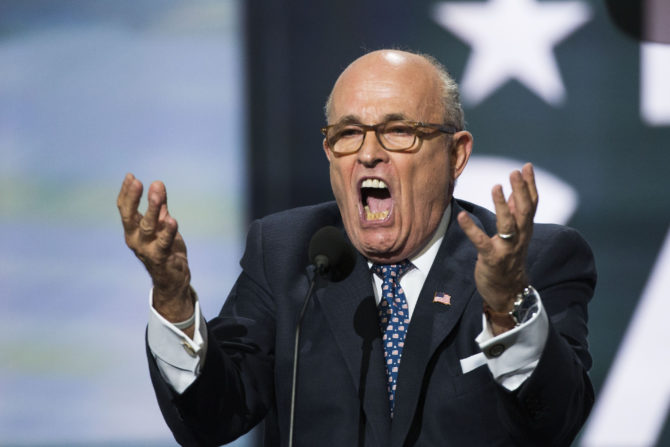 Rudy Giuliani is living on a lonely island these days.

First, the purportedly bankrupt lawyer was dumped by Donald Trump, kicked out of the ex-president’s inner circle after being stiffed hundreds of thousands of dollars and told to go F himself. Now, in another devastating blow, Fox News has just banned him from appearing on its propaganda network.

According to Politico, Giuliani was supposed to appear on “Fox & Friends” on September 11 to speak about the 20th anniversary of the attacks, but “Fox & Friends Weekend” co-host Pete Hegseth called him the night before to say he that, um, actually, he was being cut from the guest lineup.

But it’s not just Rudy who’s banned from the propaganda network. It’s also his gross son, Andrew, who’s currently running a disastrous campaign to try and be New York Governor. The ban purportedly comes directly from Rupert Murdoch himself, through the reason is not known.

Many suspect it could have something to do with that pesky billion dollar defamation lawsuit with Dominion Voter Systems both the ex-mayor-turned-Cameo-star and the propaganda network are wrapped up in.

“Rudy is really hurt because he did a big favor for Rupert,” a source close to Giuliani says. “He was instrumental in getting Fox on Time Warner so it could be watched in New York City.”

In 1996, Giuliani intervened in a dispute between Murdoch and Time Warner to get the cable provide to carry the Fox News Channel.

When approached for comment, a spokesperson for Fox wouldn’t confirm or deny reports of the Giulianis ban and merely stated that Andrew has made several appearances on the propaganda network since announcing his gubernatorial run.