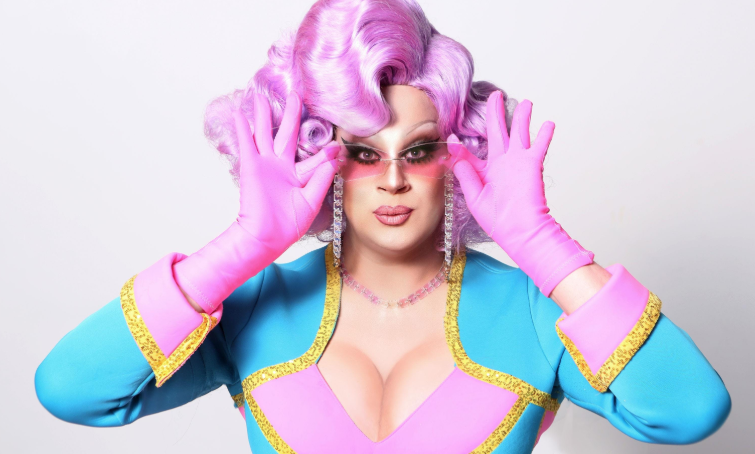 Everyone is anxiously awaiting the finale of RuPaul’s Drag Race season 11 to find out which of the top 4 will go on to become America’s Next Drag Superstar. The other prize that will be announced that same night goes to the winner of Miss Congeniality. Each season, fans would be asked to go online and cast their vote for the friendliest, kindest, and most genuine queen to deem Miss Congeniality, until season 9 when Valentina’s win sparked so much debate that Ru and the producers decided things needed to change.

During the season 9 reunion, Valentina’s fellow castmates brought up that they felt the award should be renamed in her case to the “Fan Favorite Award.” They felt her winning didn’t have anything to do with who was the friendliest queen, and that in fact, Valentina had been anything but congenial. For season 10, Ru announced that from that point forward, Miss Congeniality would be voted by the contestants after filming ended and the winner would be announced during the finale.

For so many Drag Race fans, no matter whose name is in the envelope next week, Nina West is their Miss Congeniality. After an almost 20-year career and 9 audition attempts, Nina broke from the mold of shade and drama that we have come to expect from reality tv competitions with her kind demeanor and dedication to being authentic while the camera was rolling. Sure, there were other queens this season who were warm and welcoming, but none who embodied the spirit of congeniality in the way Nina did. Before Drag Race, she had already made a huge name for herself in Ohio, not only for her drag, but also for her charitable work through the Nina West Foundation, and her performance as Ursula in The Little Mermaid raising money for Nationwide Children’s Hospital. She feels like a shoo-in for the title.

Then again, we have to remind ourselves that this is RuPaul’s Drag Race, and when it comes to winning, there have been a fair share of upsets and surprises. So when all is said and done, we may end up having the ever-sweet Shuga Cain or even the infamous Miss Vanjie with the most votes to snatch up the trophy, but in our hearts, it will always be Nina.

Queerty caught up with “The Pride of Season 11,” as Ru deemed her in her parting words, to talk kindness, activism, and to get the lowdown on how she inspired Sia.

How did you feel after watching your elimination episode?

Watching the episode was tough, but I could not have predicted how the fans would react! It’s been insane!

How was your experience on Drag Race different from what you were expecting?

Which of the challenges was your favorite?

My favorite challenges were the acting/improve challengers — the church challenge (IBBN Britney challenge), the LAPD challenge, the MAGIC SHOW! SNATCH GAME! Those were the best! I got to flex those muscles and really find a path in the competition.

@Sia I love you! We should do dis together!! @TheEllenShow make it happen? pic.twitter.com/pmUcRMB5df

Spill the tea! What is the story on Sia copying your dress for her 2016 Coachella performance?

I am the world‘s biggest Sia fan, so when she took inspiration from my living dress I was floored. I legitimately felt like I won the lottery. Her art and voice are brilliant and the fact that she even referenced my art and then gave me credit for it was beyond. Just beyond! I really hope to meet her one day and thank her for that.

You give so much to the community. How did you become involved in activism?

I took my own experience and lifted myself from it. I never want anyone to feel as alone or cast aside or worthless as I felt in my college days. And drag was a perfect mask initially to hide my own story but work towards helping others.

What made you start the Nina West Foundation and what is its purpose?

The foundation was established to serve as a fund to raise money and give back to LGBTQIA specific causes. Its purpose is to lift and celebrate the queer community and provide resources for organizations so they can continue on their good work.

How much money have you raised so far?

In my 18 year career, I have helped raise over $2.5 million – and this platform from Drag Race is helping that go up even more.

That is incredible! You have had such an impressive career. What has been your favorite part?

I think I am in the middle of the renaissance of Nina West and I am just enjoying every bit of it as it happens. I have had tremendous milestones, and I hope to continue to surprise myself and fans. The thing I am most proud of is representing my hometown of Columbus, Ohio with such pride. Columbus is this tremendous city of collaboration and heart and I wouldn’t be where I am today without the love and guidance of the community. I am so proud to be theirs.

What message do you have for the new generation of young, LGBTQ kids?

What’s next for Nina West?

I actually just released two EPs – a comedy album called JOHN GOODMAN and a kids music album called DRAG IS MAGIC! (Available on iTunes). I hope to use this platform to continue to do good work, lift our community up, and provide a laugh or two along the way. I hope that translates to a kids television show, some acting, maybe kids books, and I wouldn’t pass up SNL!! Hint hint! :)))