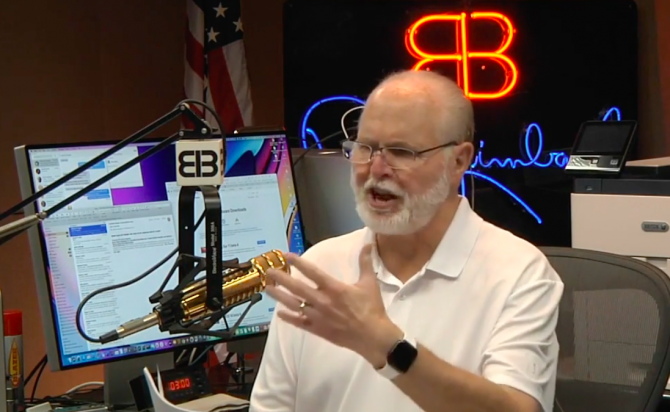 Conservative talk radio host Rush Limbaugh, who is currently dying of advanced lung cancer, decided to lodge a sexist attack against Kamala Harris last week because apparently he has nothing better to do with his last days on earth.

During Friday’s broadcast of his trash radio show, Limbaugh talked about a meme shared by NBA photographer Bill Baptist last week that showed a picture of Joe Biden along with a mock campaign slogan that read: “Joe and the hoe.”

“[He] posted an image that read ‘Joe and the Hoe,’ h-o-e. Now, what do you think that’s about, Joe and the Hoe?” Limbaugh said, adding “it’s no secret … that Kamala Harris slept her way up into California political life by being a very public escort and mattress for California Democrat kingmaker Willie Brown.”

Related: After denying the dangers of smoking for years, Rush Limbaugh is diagnosed with advanced lung cancer

He concluded by saying, “Now we have something new that’s been thrust, ahem, into American politics, and that is the question of using sex to get ahead.”

This isn’t the first time the declining radio personality, who is currently on his fourth and, likely, final wife, has demonstrated an obsession with Harris’s sex life.

Earlier this month, he quoted an op-ed by Brown published in the SF Examiner that said, “If Joe Biden offers [her] the vice presidential slot, my advice to her would be to politely decline. Harris is a tested and proven campaigner who will work her backside…”

Added Limbaugh, “And, by the way, if anybody knows her backside, it’s Willie Brown. I mean in the biblical, intimate sense. He knows her backside. They’ve both acknowledged that she knows his, even though his backside is not as big as hers was.”