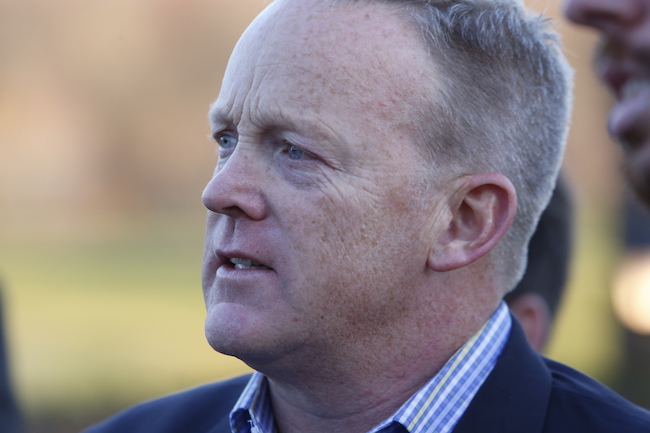 When is funny not funny? When it crosses over into the cruel, the petty, the ever-so unkind.

Related: 14 “alternative facts” for the Trump administration to chew on

While he thought it was funny overall, he felt the comedian “could dial it back” a bit.

Related: How an act of plagiarism at Trump’s inauguration wound up funding LGBTQ rights

McCarthy “needs to slow down on the gum chewing; way too many pieces in there.”

But he’s mostly upset about Alec Baldwin’s portrayal of Donald Trump. He believes that’s where the lines have seriously been crossed; where funny just becomes really, really unfunny.

“Alec has gone from funny to mean,” he says, “and that’s unfortunate. SNL used to be really funny. There’s a streak of meanness now that they’ve crossed over to mean.”

According to Extra, he first heard news of the sketch while leaving church on Sunday morning.

You can watch the sketch here: