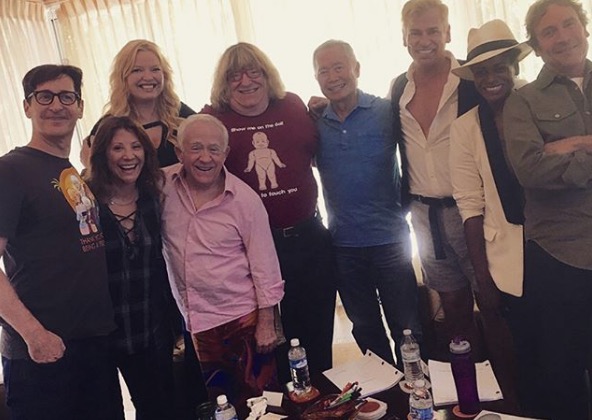 Silver Foxes, a new show from actual Golden Girls producers Stan Zimmerman and James Berg, promises to be even gayer than the perennial hit sitcom.

As evidenced by the title, it’ll feature gay protagonists of a certain age. But it’s not a done deal.

The series has only been picked up for development by production comapny Super Deluxe, so it’ll still be an uphill battle to make it to air, but where there’s a will there’s a way.

Zimmerman and Berg created the series, having previously collaborated together on shows like “The Golden Girls,” “Roseanne,” and “Gilmore Girls.” The pair also co-created the Lifetime comedy series “Rita Rocks” in 2008. They were inspired to make the show after seeing the documentary “Gen Silent,” which explores the lives of LGBTQ seniors navigating discrimination in nursing homes. In 2017, they hosted a table read of the pilot at Zimmerman’s home with actors George Takei, Leslie Jordan, Bruce Vilanch, Todd Sherry, Melissa Peterman, Daniele Gaither and Cheri Oteri.

The above photo was taken at said table read and posted by Zimmerman on Instagram.

“In all my years in television, I’ve never seen a script reading get so much attention. I think this proves that there’s a great interest in seeing a sitcom like ours come to life. Ageism and homophobia are not only keeping the show from getting picked up, but from even being read by a major network.”

Well they’ve made it past one major hurdle; on to the next!