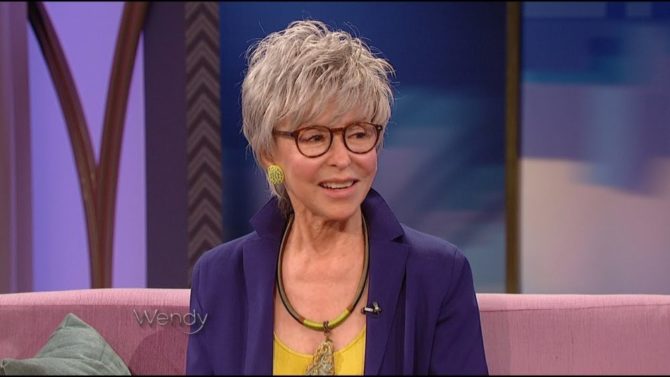 Actress Rita Moreno recently sat down with Wendy Williams to talk about her famous love affairs with Marlon Brando and Elvis Presley, and she happily dished about their sex lives.

When asked specifically about Brando, the 86-year-old said, “He slayed me good. He was the king of everything. Eeeeeeverything.”

Brando, of course, had affairs with both women and men, and was pretty open about his bisexuality.

In 1976, he told his biographer Gary Carey, “Homosexuality is so much in fashion it no longer makes news. Like a large number of men, I, too, have had homosexual experiences and I am not ashamed.”

“I have never paid much attention to what people think about me.”

Moreno also told Williams that she had wanted to marry Brando, but that he wasn’t into the idea. Still, she kept going to bed with him regardless.

He was just that good.

Unlike Elvis Presley, who Moreno says she hooked up with once in an effort to make Brando jealous.

It all started when she found another woman’s underwear at Brando’s place.

“I found some lingerie that was not mine. I just went home devastated, weeping, and crying,” she recalled. But then “something wonderful happened the next day.”

Moreno says she ran into Elvis, who “liked what he saw” and asked her out. The two hooked up that night. When Brando found out, he was livid.

“That man threw chairs,” Moreno revealed. “It was wonderful!”

Sex with Elvis, on the other hand, wasn’t so wonderful. She much preferred Brando over the rock-and-roller.