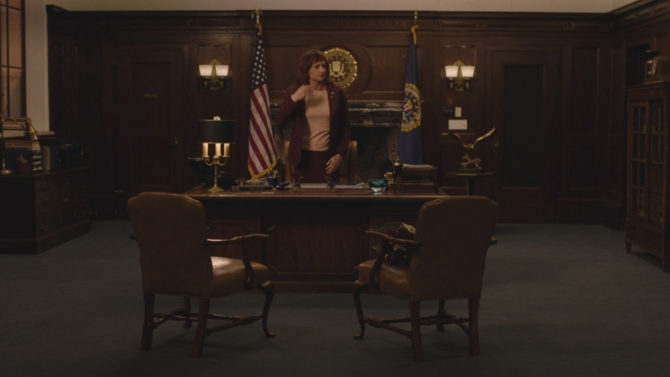 Twin Peaks returned May 21 with a resounding hum of unsettling white noise, and the reviews sing praise. After a 27 year wait, the cult TV series, this time, entirely written by co-creators Mark Frost and David Lynch, with the latter also handling directing duties, has set the world on fire again.

The town of Twin Peaks still has some damn fine coffee (and hot), amazing cherry pie, and plenty of captivating demonic and beautiful weirdness to thrill viewers. (Don’t fret. We’ll not give away any of the story here, other than to address the inclusion of one character…)

Of course, the series and its cast have undergone a few updates, and the fourth episode, already available on Showtime On Demand, features yet another one. Twin Peaks comes of age, featuring a transgender character. 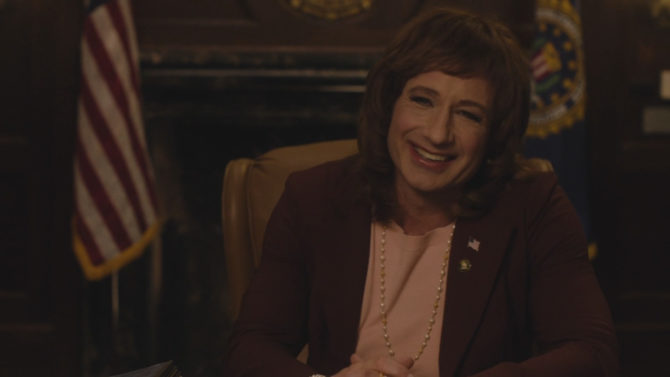 Fans of the show will no doubt remember that the second season had one of its most memorable guest stars in Denise (nee Dennis) Bryson, played by a pre-X-Files David Duchovny. Bryson had begun his career as a promising FBI agent, before going under cover as a woman for a special operation (no, not that kind of operation). Succeeding in his mission, Bryson decided to keep the ladies clothes, feeling more at home dressing as woman, and keeping his feminized name: Denise.

Episode 4 of the new Peaks revival catches up with Denise again. Now a Chief of Staff of the FBI, she has finally come out as transgender and undergone a transition. Continuing precedent, Duchovny returns to the role, playing Denise as the thoughtful, gentle soul that made the character such a stand out in the first place. His casting predates the recent push to have only transgender actors play trans characters, and regardless, Duchovny never played the role as a stereotypical caricature. If Denise does have some personality quirks, or if she seems a bit goofy, that’s ok—everyone in Twin Peaks does. Denise shouldn’t have a double standard. 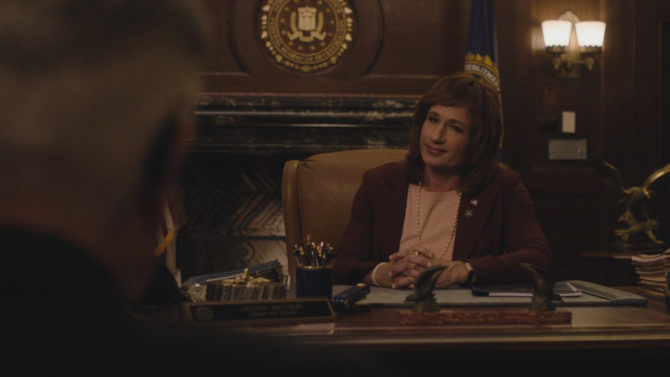 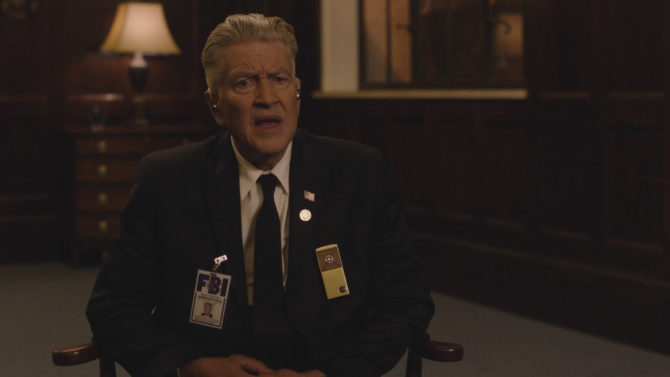 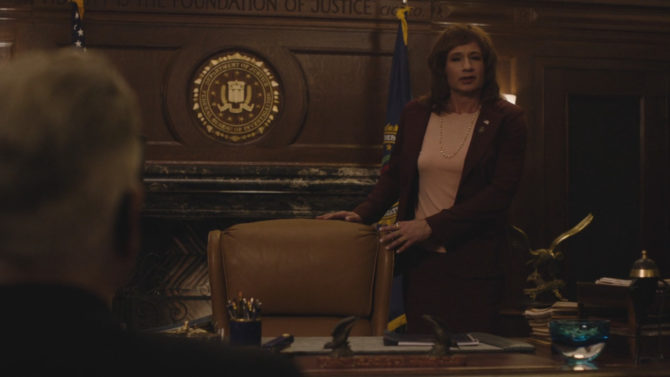 The series also features a poignant conversation between Denise and Assistant Director Gordon Cole (played by creator/director Lynch). The near-deaf Cole admits how much he loves and respects Denise, and how he defended her during her transition to other agents. Cole has a fatherly affection for Denise, whom he regards as one of his best protégées. In a series full of nightmare landscapes and violence, the touching, if slightly goofy exchange between Cole and Denise offers a glimmer of happiness. Here’s hoping we get more with her character as the series continues its 18-episode run.

Twin Peaks airs on Showtime, and is available for streaming on Showtime On Demand.