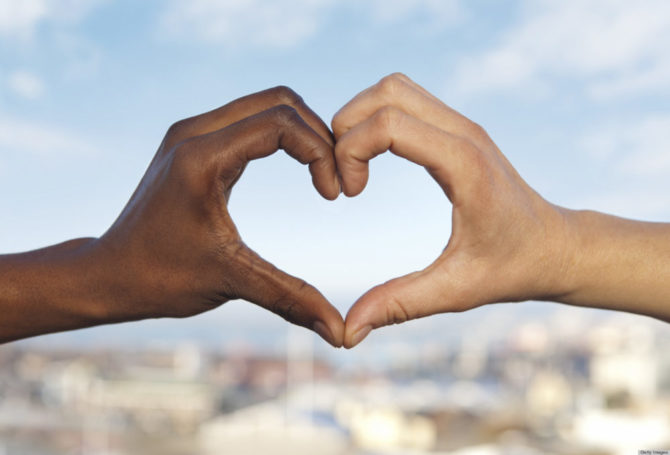 In a new episode of MTV Decoded, Dylan Marron tackles an ongoing problem in the gay community: racism. Particularly, the sexual racism found on dating apps.

“When gay men are confronted with their racist language, many try to explain it away as ‘a preference.'” Marron says. “I mean, they can’t help it, it’s just how they feel. As if they were captive to some mystical, romantic force that naturally discriminates against people of color.”

Before you get all defensive, why not hear what Marron has to say?

This is where structural racism comes into play. Because preferences are actually shaped by learned values. When you’re judging a person based solely on their racial background, you’re acting on generalizations you’ve learned to associate with that person’s appearance or heritage. You can’t say it’s their personality because you shut them down before you even got to know them.

Marron breaks it down even further for people who still don’t quite get it:

We actually learn how to define what is attractive from those around us. And because we’re raised within a framework of Western beauty standards, society often characterizes non-white features as ‘different’ or ‘unattractive.’

When it comes to dating the word “preferences” is often used to mask discrimination and sadly, this kind of dating racism isn’t just for straight people! So how does racism manifest in the world of gay dating apps and LGBTQ relationships?Special Thanks to Dylan Marronwww.facebook.com/dylanmarronpagehttps://twitter.com/dylanmarronWant to challenge your own bias? Take the quiz: http://www.lookdifferent.org/what-can-i-do/implicit-association-testHosted by: Franchesca "Chescaleigh" RamseyProduced by: http://www.kornhaberbrown.comEpisode Written By: Gabe Gonzalez (https://twitter.com/gaybonez)Directed by: Andrew KornhaberMake Up By: Delina Medhin (www.instagram.com/delinamedhin)GFX By: Matthew Rainkin & Sarah Van HooveEditing By: Linda HuangSources: https://www.cnbc.com/2017/10/04/dating-app-highblood-with-racist-ad-and-income-filter-on-apple-app-store.htmlhttps://www.vice.com/en_us/article/qbx8qp/this-is-what-its-like-to-be-a-woman-of-color-on-tinder-514https://www.thefactsite.org.uk/fs148-racism-and-the-gay-scenehttp://racistsofgrindr.tumblr.com/https://twitter.com/GrindrRacismhttps://www.researchgate.net/publication/262529554_Children's_Classification_and_Lexicalization_of_Attractiveness_Gender_and_Race_Differential_Displays_of_These_Concepts_and_Relatedness_to_Bias_and_Flexibilityhttps://www.researchgate.net/publication/279863184_Is_Sexual_Racism_Really_Racism_Distinguishing_Attitudes_Toward_Sexual_Racism_and_Generic_Racism_Among_Gay_and_Bisexual_Men