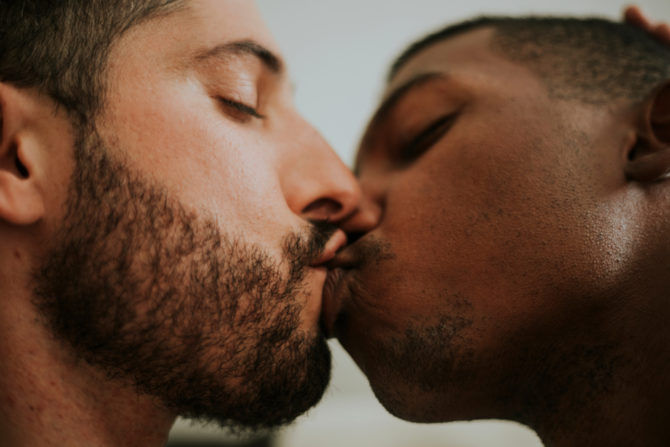 This just in: straight college guys, especially guys belonging to fraternities, love making out with each other. At least, according to a new study published in Sexuality & Culture.

The study surveyed nearly 450 men from 11 different universities all across the country. Researchers also conducted in-depth interviews with 75 men, all of whom described themselves as heterosexual.

Some of the questions the men were asked included:

Sometimes alcohol played a role in the make out sessions. Sometimes it didn’t.

“A few of the guys in the frat have been known to kiss each other when drunk, it’s become pretty normal now,” one participant told the research team. “We all know who the kissers are!”

Some of the participants said they don’t consider kissing to a sexual behavior.

“I kiss [my friend] because I love him,” one student explained. “I’m not attracted to him like that, but I do love him.”

Of course, not everyone felt this way.

“I consider it to be an intimate thing, something I’d only do with a significant other,” another respondent said. “That crosses boundaries that aren’t anything to do with gay. I wouldn’t even do it with a female friend because that’d just be weird.”

Researchers also found that guys with more favorable attitudes towards gay men were much more likely to have make out with another man, which isn’t all that surprising, really.

In conclusion, they found that that “same-sex kissing between men is a behavior that can be engaged in while maintaining a heterosexual identity at these universities.”