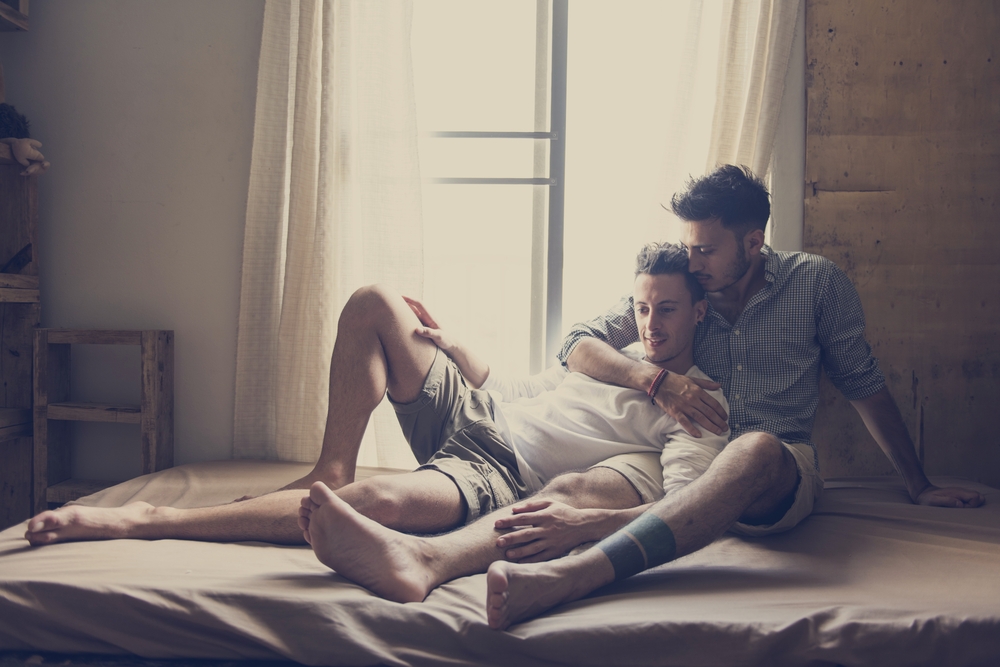 Members of the Men’s Therapeutic Cuddle Group of Plymouth Meeting, Pennsylvania (an area 30 minutes north of Philadelphia) try to heal each other’s trauma through clothed cuddling sessions. The group has been meeting for over two years and welcomes a range of sexual orientations, according to Philly.com.

Scott Turner, the group’s 46-year-old co-founder, says that men are often taught to be stoic. “If you show any emotional weakness or vulnerability, that’s a failure to your title of a man,” Turner says. So the group uses platonic physical affection as a way to open guys up to emotional closeness.

Some of the men feel disconnected from their own bodies because of sexual assault or physical abuse. Others just crave positive intimacy and physical affection without the pressures of attraction, homophobia or sex. Turners adds that cuddling alone won’t heal men’s hurts, but that it’s part of a larger toolbox.

The cuddling group is private, and members are required to go through a screening process. Sexual touch and nudity aren’t allowed and consent is mandatory.

Members are encouraged to start by holding each other in a “motorcycle hold” where one man embraces another from behind as if they were riding a motorcycle. Some men rub their partners’ arms, shoulders or beards. After 15 minutes, they’re encouraged to find another partner. During the second part of the meeting, the men lay down in a “puppy pile” (or a “cuddle puddle” as we like to call it), where they chat or joke while resting on each other’s bodies.

After the cuddling, the men are encouraged to talk about their feelings, stressors or regrets. For some of them, it’s their first time ever being vulnerable with other men, bringing some of them to tears.

Cuddling may have healing effects indeed. According to recently released guidelines on men and boys from the American Psychological Association, the pressure to stifle their emotions and avoid contact with other men can cause men to become hostile and self-destructive, even avoiding medical care or relying on drugs or violence to cope.

The Philly Voice points out that cuddling groups are becoming more popular across the U.S., including for women and people with disabilities who may not receive much physical comfort or intimacy as a result of fear and ableism.