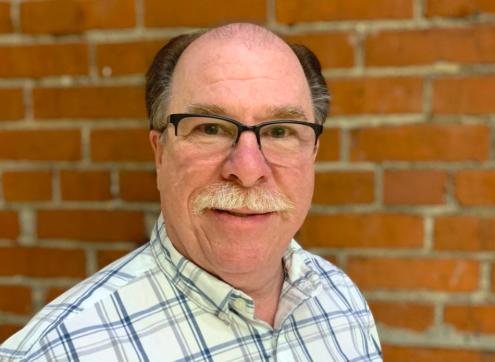 Mike McBride is a newly-elected city councilmember from Newberg, Oregon. He’s also a major homophobe with a very fragile ego, as well as a bit of a drama queen.

Earlier this month, McBride threw a temper tantrum during a city council meeting when he refused to support the city’s proclamation acknowledging Pride month.

After a local queer business owner thanked the council for recognizing LGBTQ members of the community, McBride interrupted to say he thinks Pride month is “discriminatory.”

“I just want to go on record to say I’m against this!” he proclaimed. “I’ll treat people with respect, but I’m not going to raise one group of people over another group of people. I think that’s discriminatory!”

Want to see discrimination in action? In the first part of the video I show up for Newberg City Council Pride month proclamation on behalf of #winecountrypride while on site at #remywinesIn Part 2 a Newberg City Councilor, Mike McBride, goes out of his way to protest Pride. 1. He did not have to do this. It was not up for a vote. He went out of his way to “go on record” as against it. I would consider this bullying. He wanted to make the queer community feel unwelcome and unwanted. 2. His remarks, “It’s discriminatory” to recognize pride is one of the current favorite dog whistles being used against LGBTQ+ rights. It works because it isn’t that offensive to some other straight folks while signaling to likeminded bigots that they are ok in their bigotry. This narrative is the reason a small group of white supremacists started “straight pride” in Boston a couple years back. 3. He is an “honorary” board member for life at Chehalem Parks & Rec.4. He owns the local Farmers Insurance branch which has an LGBTQ+ pledge on their corporate homepage. 5. He was just elected so he has a full term ahead of him. 6. It’s possible that the city council can censure him. That would need to be clarified by the Newberg city attorney. 7. Newberg needs to present a welcoming community in order to attract businesses and tourists. Pride could be an incredible opportunity to create a positive, month-long economic event in our whole county. Already so many people are loving the Rainbow Quest beverage program.8. The future of Newberg is not bigotry.9. He did not protest the Black History Month proclamation in February. McBride applies his logic, definitions and reasoning of “discrimination” at his convenience. 10. This is pure homophobia. 11. Thank you Mayor Rick Rogers for standing up for rural minorities.

Mayor Rick Rogers, who was leading the meeting, initially said he wanted to “move on” from the discussion but quickly backtracked, saying he couldn’t just let McBride’s comments slide.

“There are groups in our community, in all communities, that have been significantly mistreated over their lifetimes,” he said, adding, “It has happened throughout our history. Anyone who denies that, I’m sorry, I cannot sit idly by.”

Although McBride didn’t specify exactly who he thought Pride month discriminated against, it was pretty obvious to everyone that he meant straight white people.

And they were right!

The councilman confirmed that’s what he meant afterwards, telling his local newspaper, “I don’t think we ought to lift one group up over another. I think that’s discrimination.”

Then he said he was sick and tired of everyone being so politically correct all the time, calling it “just ridiculous.”

Because after whining about too much political correctness happening in Newberg, McBride then asked why there isn’t a month dedicated exclusively to Christians.

“I think that Christian, White, Anglo-Saxon people are affirmed enough in our culture,” she said. “I don’t think a proclamation for those groups is needed in the way it’s needed for more marginalized communities. As a White Christian myself, I do not need a month to celebrate me.”

Then she called on McBride to publicly apologize to the LGBTQ community.

“We’re still America, the land of the free,” McBride said. “I have my own viewpoint and other people have theirs.”

From where we’re sitting, it seems like the only person “crucifying” McBride is himself.