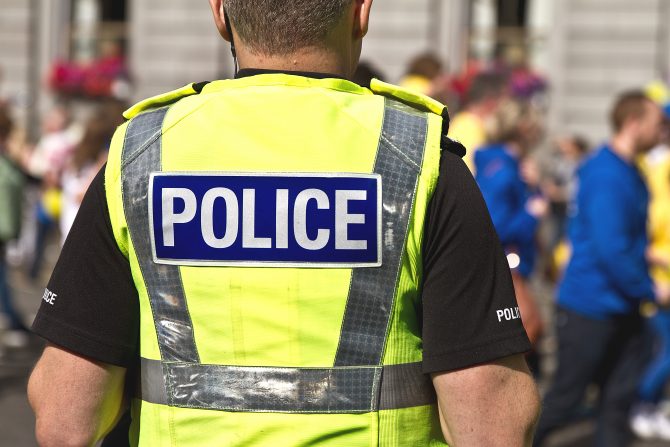 A 15-year-old gay teenager in Scotland continues to recover after a violent beating at the hands of homophobes at a city bus stop.

British newspaper The Courrier reports that law enforcement has withheld the name of the teen in question in order to protect his privacy. According to police, the attack occurred in the Scottish town of St. Andrews. On October 27, while riding a city bus, three men approached the teen and began calling him homophobic slurs. When the victim exited the bus, the three men followed, and began punching and kicking him to the ground.

“There were three of them, they attacked him from behind, he fell on the ground and hit his head,” the victim’s mother told the newspaper. “They punched him in the face and started kicking him on the ground.”

Several bystanders who witnessed the attack managed to chase off the attackers. Fortunately, the teen did not require hospitalization and can recover from his injuries at home.

Related: 20-year-old hero stabbed in the back in possible anti-gay hate crime

“It’s really upsetting,” the teen’s mother added. “My son came from an environment where we never had a closet for him to come out of, we were always very open and understanding. For him to be faced with that sort of prejudice to the point where he says: ‘people hate who I am to the point that they’re willing to beat me up’ – I think that’s really serious emotionally for anyone who is going through teenage years and already dealing with homosexuality, which is a lot of the times a sensitive issue. I think that, if anything, that made me think: ‘are these people telling my son that he should be in the closet?’”

“My son doesn’t hold back who he is and I think that’s the problem,” she concluded. “Is he going to feel like he has to hold back from being himself?”

Police in St. Andrews have opened an investigation into the attack, but have yet to name any suspects. This is the latest in a rash of attacks on LGBTQ people in the United States and Europe. Earlier this month, police in California arrested a man for beating a gay couple and a police dog in a violent attack. In June, law enforcement in Washington DC also detained a man for threatening a group of gay diners at an outdoor restaurant with a machete. In Spain, protesters took to the streets after the murder of a gay nursing student in July. Also in July in Spain, a man suffered a smashed jaw in an apparent hate crime outside a popular gay nightclub.