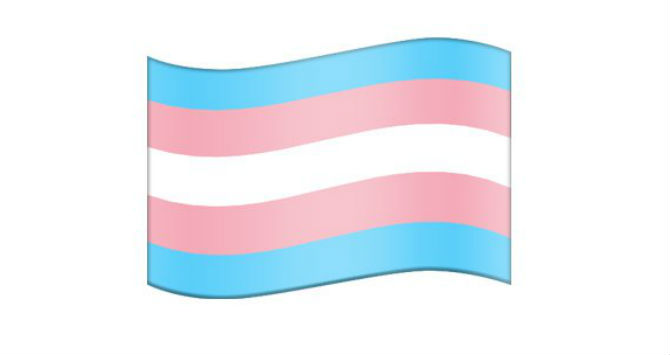 A trans flag emoji is likely to soon be appearing on your phone.

Unicode, the non-profit organization responsible for defining which emojis make it onto all platforms, including iPhones, Android devices, and computers, has just unveiled new emojis approved for use.

The new symbols will be rolled out in the second half of 2020.

In total, 117 new emojis have been approved. These include a smiling face with a tear rolling down its cheek, a face that’s obviously wearing a disguise, pinched fingers, people hugging, a rainbow-colored piñata, and a ninja.

Several figure-based emojis will be available in male, female and gender-neutral forms, including someone feeding a baby, a mustached man wearing a bridal veil, and a woman wearing a tuxedo.

On Twitter, the announcement of a trans flag emoji prompted a huge response. Unicode has also approved the transgender symbol (⚧️), which is an amalgamation of the male and female signs.

Many people simply responded with a simple, “Trans rights.”

dang guys
you really came up with some original replies for this one pic.twitter.com/EL6z6dnXkD

Predictably, some people took offense to the new flag emoji and used it as an excuse to voice bigotry and prejudice – which brought a swift reprimand from others.

“For trans folk being able to say ‘transgender’ in emoji and to be out and proud and let our allies visibly support us is a huge deal for our community,” said Tea Uglow, who helped co-author the proposal for the emoji, reports Mashable.

“We’re really happy to have finally crossed into mainstream culture. It’s been an amazing team effort around the world.”