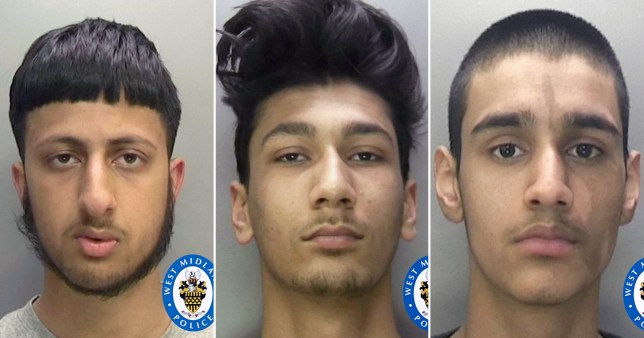 Three teenagers in the United Kingdom will spend a collective 37 years in prison for a series of attacks on gay men. The three used the gay dating app Grindr to attack, rob and torture their victims.

Metro UK reports Mohammed Sohail Khan, Qaasim Ahmad, and Muhammad Umar, each aged 18, targeted men in Birmingham with fake Grindr profiles. When their dates arrived, the three men would attack, tieing their victims up, beating and shouting homophobic slurs at them. One victim reported having a sock stuffed in his mouth before being forced to walk through dog feces. Another reported the three men urinating on him. A third underwent sexual molestation, with the three attackers filming his genitals.

“As the punches hit my head and face I was expecting to be stabbed at any moment, it felt like hours as I was forced to lay face down in the dirt with my hands and legs bound not knowing if I would ever see my family again,” one victim said in court.

“I know it took the four victims, in this case, a huge amount of bravery and courage to come forward and support the criminal justice process through to trial – and I commend them for doing so,” said police Chief Inspector Ian Ingram of the case. “Their evidence enabled us to launch a full-scale investigation and a build a strong case, which ultimately brought the offenders to justice, and has undoubtedly prevented many other people from becoming a victim.”

Police have further stated that they suspect the gang may have also assaulted other men who remain afraid to come forward with their stories.