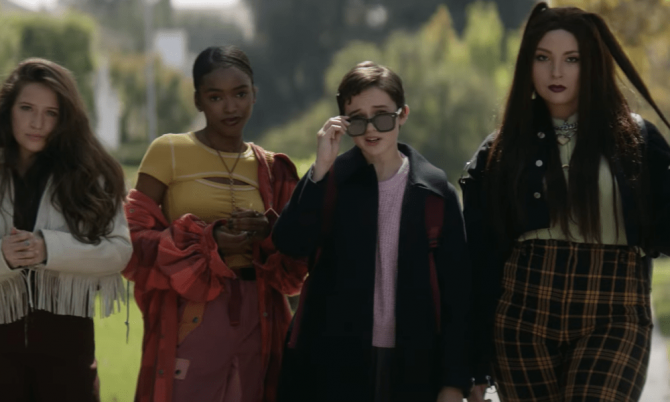 Just in time for Halloween season to begin, the first look at the long-awaited sequel for The Craft has arrived.

The Craft: Legacy follows up on the events of the original 1996 cult classic. Actress Cailee Spaeny plays Hannah, a young woman who relocates to a new town and a new school and who immediately finds herself on the outside of the school’s social cliques. After a Carrie-esque moment in class, she finds herself befriended by three other young women (played by Gideon Adlon, Lovie Simone and Zoey Luna), who invite her to join their coven of witches. A reluctant Hannah agrees, and the four women begin to manifest incredible powers of magic.

Related: Poets, witches, psychics and rugby: Anti-bullying movies for this Coming Out Day

The Craft: Legacy both continues and echos the events of the original film, albeit in a somewhat post-modern way. A few lines of dialogue and the broad plot strokes recall the original, though the trailer also establishes that the new movie takes place in the same continuity as the original. And, much as with the original film by gay writer/director Andrew Fleming, the new version from writer/director Zoe Lister-Jones includes a healthy dose of the homoerotic. Whereas the original had a tongue-in-cheek camp sensibility to it, however, this sequel indulges in the sexual tension between the film’s four young protagonists.

That’s good enough for us. The Craft: Legacy arrives on VOD for rental and purchase in the USA beginning October 28.